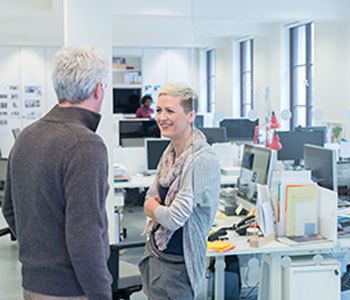 Being in charge means that you get noticed. Sometimes that can be for the right reasons, and sometimes not. Here’s a list of 21 different types of bosses, as seen through the eyes of employees.

The martyr boss has done, does, and always will do anything for the good of the company. He has worked Christmas Day, with pneumonia, in a snowstorm. He walked to and from work for 5 weeks after his car accident, with both legs broken. He stays every night until 8 pm without extra pay. How do you compete? You don’t. You listen. He’ll probably be there way past retirement, so it’s best to learn how to deal with him early on.

The screamer boss seems to think that he will get his way if he raises his voice to an unconscionable level: the higher the volume, the higher the commitment. How does a screamer end up a boss? Some clueless hiring managers equate screaming with managerial skill. All in all, screamers just want to know that they’re being heard, and they want recognition. If you can get along with your screamer boss, and gain his respect and trust, perhaps you can help guide him to lower tones.

People do what a “fearsome” boss says because they’re afraid of him, which actually encourages further intimidation. He always has a threat, and he constantly follows through with that threat in order to keep his employees acquiescent. This boss has a high turnover rate as he fires employees to keep up the fear factor, and good employees leave him, refusing to work for such an ogre. A fearsome boss cannot last. Eventually, he will burn out every employee he has, and an organization’s bottom line cannot sustain the costs involved. Karma will get this one.

Also known as the Machiavellian boss, this type is extremely intelligent and one of the most dangerous. The manipulator boss is highly focused, very motivated, and always has a secret plan. He looks at people as a means to an end. The world is a giant pyramid and the apex is his. People he touches or runs over on the way to the top are casualties he writes off. If you work for a manipulator, watch your back. Your best bet is to be open and honest with him. Volunteer information. Your boss, who has long forgotten what truth is, will be left impressed by it.

The bumbler boss is the dunce of the bosses. The best way to deal with your bumbler boss is to help get him promoted. When bumblers are promoted, they are notorious for promoting the people underneath them. Besides, sooner than later, executives will see your boss for the dunce that he is, and he’ll be shipped off somewhere. Now of course, following this advice makes you somewhat of a manipulator, but if you can’t get out from under him, why not help you both climb up? You’re not responsible for what happens at the top.

The clueless boss is not dumb – he’s just uneducated. Perhaps he just started with the company, is unfamiliar with the technology, or is temporarily out-of-touch due to personal problems. A clueless boss can be a good boss who is just off-track at the moment. The best way to deal with this type of boss is to teach him, and bring him up to speed. You’ll be surprised at how fast he comes around, and he’ll have you to thank!

The old-schooler dwells on the good ol’ days, on “the way things used to be.” However, if he is so entrenched in the past, eventually he will stop being able to function in the present. An old-school boss, despite his resistance to move on, does have a great deal of information and can contribute to the best interests of your organization, as long as he is able to accept gradual amounts of change with guidance. Be patient, and try to remember that “new” is not necessarily better – it’s “different.” See if you can get him to that point.

The god boss, a true megalomaniac, is about power. You’ll notice the engraved gold plate on his office door, desk, and chair proclaiming his rank. He might take outrageous liberties like having an employee clean out his car. When you question him, he’ll just point to the gold plates. Rest assured that his cloak of power hides great incompetence. How to get along with a god boss? Humor him. Follow his rules, and create the illusion you’re doing things his way. Remember, he’ll never control your mind.

This non-stick boss is especially prominent in public affairs. Any blame slides right off him. He does not give straight answers to straight questions. If something goes wrong, unparalleled documented evidence surfaces to prove he was somewhere else at the time. The non-stick boss is more of a nuisance than a danger. When dealing with him, it’s best to keep detailed accounts and records of your conversations.

The what boss? is always missing in action. He becomes harmless because he’s just never there. When he’s in the office, take advantage of his presence. You’ll feel miffed at the lack of justice – you slaving in your cubicle eight hours a day, five days a week for half his salary, while he’s out on the golf course… but remember – it could be much worse. You could have a screamer.

The paranoid boss is outright suspicious of everyone’s motives. Anything anyone does could be attempts to undermine him. This boss’ feelings of inadequacy will clearly end up interfering in what’s best for the company and his employees. What you can do? Reassure him, and always be honest and forthright.

Though this boss might present himself as tough, he can barely hide his inadequacies. He absorbs the world’s worries, and worries for the world. He frets about little details. He arrives at the office in the morning, flushed and frazzled, because he was lying awake the night before agonizing over numbers and orders. How to deal? Be gentle, but try to avoid much interaction if you can. The nervousness can be contagious.

The buzzword boss loves his designer clothes, cars, pen, and toothbrush. What he loves even more are those clichés he heard at the latest management seminar. Get your barf buckets ready folks, this boss adores the fact that, remarkably, there’s no “I” in team, that he can’t spell success without “u,” and that for him to assume would make an “ass” out of “u” and “me.” Though not for the easily queasy, this boss is essentially harmless. Grin and bear it. And, if you can – teach him some new words on a regular basis.

The buddy boss wants to be your friend, not your “superior.” He wants you to like him, and because friends stick up for friends, it might be a good investment to spend some time with him. However, be forewarned: hanging out with buddy boss during your work hours could have you working nights to keep up. The key here is balance.

The two-minute boss is a cross between a god boss and a world-on-his-shoulders boss. He impulsively demands control over situations (“What have you done when I was on vacation?”) and then cuts off your answer two minutes in because he doesn’t have time to discuss it. He frequently, yet randomly, asks you to write reports on your progress, but will rarely remember that he’s asked. The two-minute boss constantly gives the impression that he is way too busy to bother with details. His head is always somewhere else – somewhere more important. Working for this boss is an exercise in the art of speaking concisely. Try to fit everything you have to say in a two-minute timeframe, and see what happens.

The patronizing boss is an old-school martyr. Didn’t you know? – he built the company from the ground up! In fact, he made the chair you’re sitting in. You, as an underling, need his holiness’s guidance to see you through the most mundane and simple of tasks. His help, however, always leads to – you guessed it – trouble. How to deal with the King of Condescension? Try a little deflation. Ask him how is it that someone as knowledgeable and talented as him is working for this little company.

The idiot boss is characterized by cluelessness and stupidity. It’s as if he just walked into the office yesterday and started running it. Your choices here can be limited. Doing nothing will leave you embittered, but what can you do when you can’t change an idiot? Well, you can change your reaction. The world is full of idiots in charge, but don’t let it get you down. Do your personal best, and realize that in some way, your boss serves a purpose. Figure out what it is.

The lone wolf prefers to ride solo. He stays in his office or works from home, avoiding human contact, especially employee interaction. He could be a tech whiz who was promoted based on his outstanding hard skills, but he’s not necessarily a people person. The lone wolf boss leaves you on your own, so don’t expect teamwork or career goal discussions. Look to build your work and networking relationships elsewhere.

The perfectionist is a micro-manager who likes to control all of your work. The behavior is obsessive, and leaves you with very little trust in your own abilities. Over time, you’ll learn that nothing you do will ever be good enough for him. Instead of losing all motivation, learn to work for yourself and your own standards. At one point, sit down with your boss and ask him to explain his expectations (even put them in writing) so you both can “get on the same page.”

The eccentric boss has unrealistic expectations for his staff. He has a unique way of completing his work, and expects his employees to work in the same manner. He can be gentle, but often causes confusion around his expectations and explanations of projects. This boss is likely to play favorites (as he gravitates towards others with similar interests). The eccentric boss would most likely rather be doing something else, and sometimes this will show.

Ahh, the great boss – the supportive motivator – the boss who treats everyone with fairness regardless of politics. He communicates, keeps an open door policy, and encourages others to follow suit. He leads by example, provides superior training, and a positive work environment. He has vision, is not afraid, and doesn’t scream. He coaches his staff, and when employees leave, they will talk about him for years to come.

Of the Many Types of Bosses, Which One Are You?

That was a rhetorical question. Obviously, you want to be the kind of boss that people gravitate toward and actually want to work hard to support. Part of that means having a good rapport with your employees. But where can you go for expert advice on how to recruit and manage your workforce? Look no further. Monster has expert insights into the latest industry hiring trends and recruitment strategies that can launch your business forward. Find out how you can get free access to these resources, and more, today.