Your Management Style: Does it Help or Hurt Employee Performance? 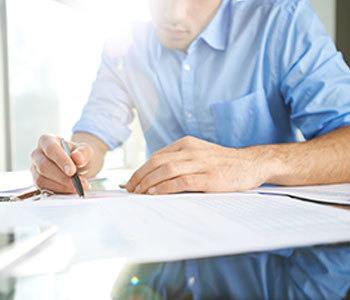 By: Brian Tracy, author of Full Engagement! Inspires, Motivate and Bring Out the Best in Your People

Perhaps the most important single factor in what makes an environment a “great place to work,” is trust. Trust exists when you can say, “I know I can make a mistake at work without being criticized or fired.”

When people feel free to try new things in order to do the job more effectively, increase quality, and improve customer service, all of their time, attention, and energy is focused outward, toward getting the job done better.

Everyone is Afraid
The fact is that everyone is afraid, in many ways. Fears of any kind, however, large or small, conscious or unconscious, inhibit and paralyze action and performance. The instant that a fear pops into a person’s mind, because of the need for safety and security described by Abraham Maslow’s “hierarchy of needs” the individual immediately thinks in terms of minimizing or avoiding the fear situation rather than maximizing performance and effectiveness.

Sigmund Freud based much of his work on what he called “the pleasure principle.” Freud said that almost everything that we do is to seek pleasure and avoid pain. We are constantly moving away from things that make us unhappy or afraid toward situations where we feel happier and better about ourselves. Put another way, we are constantly moving from discomfort toward comfort.

The Leader Sets the Tone
An inspiring leader is the most important person in any organization. The leader sets the tone by the way he talks, behaves, responds to others, and treats people every day. People tend to “follow the leader” in that they imitate or mimic the behavior of the leader toward others. When the leader treats other people with courtesy and respect, everyone eventually begins treating coworkers with the same courtesy and respect.

There are specific behaviors that leaders can practice each day, and in each interaction, to make people feel good about themselves. When you deliberately take the time and make the effort to build self-esteem in other people and simultaneously eliminate the fears that hold people back from putting their whole hearts into their work, a peak performance work environment blooms naturally around you, like flowers in the spring.

Remember, there are only four ways to change or improve any situation.

You can begin the process of building people’s self esteem by not doing certain things. If the goal is to increase employee productivity, there are three things that you should never do at work: criticize, complain about, or condemn the personal behavior of another person.

Destructive Criticism Hurts
The military has a nuclear weapon called a neutron bomb. This bomb can be detonated over a populated area with great power and impact. The difference between the neutron bomb and other atomic bombs is that the neutron bomb kills all the people, but leaves the buildings intact.

Jack Welch, the past CEO of General Electric, was often called “Neutron Jack” because, in the massive restructuring of the business, he shut down entire underperforming divisions, laying off all the people, but leaving the buildings intact.

Your Biggest Job
Your biggest job as a manager, in creating a productive environment for employee performance, is to drive out fear. The way you do it is to first of all refuse to criticize anyone for anything. Make it clear that “mistakes happen.” If your staff makes a mistake, their first job is to accept responsibility, and their second job is to propose a solution, or at least the next step that you can take to fix the problem.

Everyone should know that no one will ever be criticized, punished, or fired for making mistakes or for disagreeing with the boss. In fact, one of the best measures of a high performance workplace is the degree to which people feel free to question the boss and disagree with his ideas or decision. The greater freedom that people have to speak up and express themselves clearly, without fear of being criticized, the more positive and powerful your work environment will become.

Author Bio
Brian Tracy, author of Full Engagement!: Inspire, Motivate, and Bring Out the Best in Your People, is one of the top business speakers and authorities in the world today. He has spoken in almost every city in the US and Canada, and in 58 other countries. He addresses more than 250,000 people worldwide each year. He has written 50 books and produced more than 500 audio and video learning programs on management, motivation, and personal success. He is the president of Brian Tracy International as well as Business Growth Strategies, which is the preeminent Internet business learning portal in the world today. He lives is Solana Beach, California. Visit http://www.briantracy.com.