How to make a promotion announcement 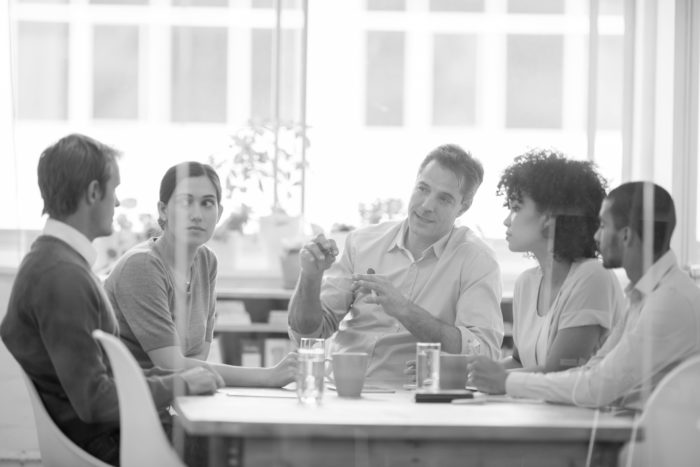 As a senior manager, you couldn’t be more thrilled with your top employee’s hard work and selfless motivation to make everyone around her better. She didn’t ask for a promotion, but she definitely deserves it and now you’re ready to name her to a management-level position. But you really should keep the champagne on ice and make the promotion announcement in a measured manner.

Why? Well, first of all, you don’t know for sure whether she wants the position. It offers more money, of course, but also more responsibility, a greater time commitment, and maybe isn’t in line with the career trajectory she has in mind. Finally, there might be others who were hoping for a promotion this time, so you’ll want to handle the announcement with sensitivity and respect.

With that in mind, take a deep breath and slow things down for a minute. Here’s how to make a promotion announcement with just the right amount of enthusiasm and tact.

Tell the employee privately, before the announcement

Assuming you’ve already cleared the promotion with key staff who will be affected by the change and outlined the specific duties and responsibilities of their new role, you’ll want to tell the person you’re promoting first. This private meeting most likely will be music to their ears. But they also may have a lot of questions about what’s expected. They may even balk at the amount of the raise.

Be prepared to answer these questions and reassure them, but don’t expect them to accept the promotion. They’ll happily accept the promotion in most cases, but depending on the details of the new position they may decline. Just imagine how awkward it would be for them to decline the offer during a team-wide promotion announcement.

They may need time to talk about it with their family, especially if it requires more of a time commitment or travel. In any event, let them share the news privately before you share it with their coworkers. If they do accept the promotion (again, this is the most common response), then go back and confirm this with the key staff members you spoke with in private earlier.

The way in which you make your announcement will depend on the size of the company, its culture, the nature of the promotion, and other such factors. You may even opt for an email announcement to the entire staff. Doing it by email also allows staff to process the news individually, which may be important if others also were hoping for a promotion.

If you choose to announce the promotion by email, you should include the following elements:

If you’re making the announcement in person, you should include the same basic elements as you would for an email (and may want to follow up the in-person announcement with an email). You might choose to offer coffee and pastries or make the vibe celebratory in some way, but you’ll want to keep it brief and to the point.

If you’re making the announcement in front of your staff, one key piece of advice is to be aware of how people respond (body language, groans, etc.). Some disappointment in others who were hoping for a promotion themselves is to be expected, so you’ll want to offer those people the chance to speak with you about the announcement if they so choose.

Whether you announce the promotion in person, by email, or both, it’s important to outline what your newly promoted employee will be doing in their new role, who they’ll be reporting to, and any contingency plans related to their past position. You want to ensure a smooth transition for everyone involved.

You need to find the right people before you promote them, and Monster can help

If you’re making a promotion announcement, it’s a testament to finding the right employee in the first place. Congratulations! But finding the great candidates and maintaining a fruitful talent pipeline is an ongoing job. Get help today by signing up for Monster Hiring Solutions, where you’ll get quality information about talent acquisition, hiring, and management strategies sent right to your in-box.