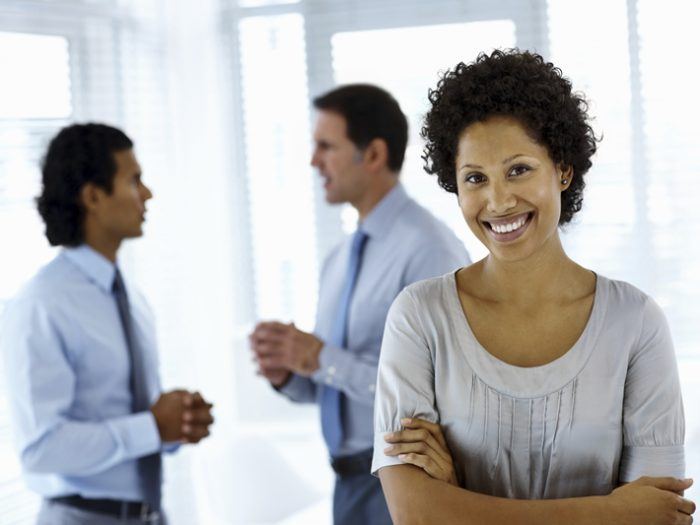 Published in 1961, Joseph Heller’s novel, Catch 22, remains a classic. Sadly, the book’s title, a now familiar catch phrase, is as relevant today for women leaders as it was over 50 years ago.

Here’s the Catch. If women aren't on the company’s board of directors, they’re unlikely to advance to the top corporate job. Meanwhile, male CEOs don’t have a great record of advocating for women qualified to be appointed to the board.

The shortage of female chief executives is both severe and entrenched. The 2016 Fortune 500 included just 21 companies with women CEOs, fewer than the 24 reported a year earlier.

How exactly are women being held back, and how can corporations advance more women to the top management spot? We spoke with three women with broad and deep perspectives on the subject.

Bias, unconscious or otherwise, holds women back.  Some executives put the blame for the lack of female top executives on the challenge of bringing enough women onto a path that could lead to the top. “But it’s not simply talent pipeline issues,” says Idalene Kesner, dean of Indiana University’s Kelley School of Business. “Unconscious bias is a big factor.”

Differential treatment continues to disadvantage women. That unconscious bias becomes concrete in everyday workplace interactions and managerial decisions, says Trish Foster, senior director of the Center for Women and Business at Bentley University. “Young women see that their voices are not heard, they’re not given stretch assignments and assumptions are made that pregnant women or new moms don’t want challenging assignments.”

Women who take years off to raise children are regarded with suspicion. “There are also issues surrounding women’s desire to have more flexible  schedules, opportunities to step out and back in,” say Kesner, who serves on the board of directors at Berry Plastics, a public corporation, and privately held Lincoln Industries, among other organizations. “Senior management often raises questions like, ‘Why did this woman step off?’ ” says Kesner.

“If someone is a great employee and leaves for a number of years, they wouldn’t be precluded from going back,” says Catherine Hernandez-Blades, a senior vice president at Aflac. Still, most companies lack a career path that would enable mothers who are primary caregivers to bridge a longer gap in corporate employment.

Aspiring women count on female board directors. Boards may not surface problems with the advancement of women if they don’t have enough women members. “Work groups that are themselves diverse do a better job of eliminating these biases,” says Kesner. Only 16.6 percent of Fortune 500 companies have women on their boards of directors, according to a 2017 DiversityInc summary of studies.

Employers must act on multiple fronts. Having women on the board is critically important, but it’s not enough, Foster says. “To me, gender equity is about creating a committed culture from top to bottom. Programs, policies and skills training won’t work if we aren’t taking action through the organization.” Managers can be held accountable for acting to advance women, for example, with performance reviews that address their success in hiring diverse candidates, she adds.

Aspiring women need the means to reach success. Aflac, for example, has a program that gives employees specific milestones they must achieve to get promoted, says Hernandez-Blades. Aflac’s advocacy for women helped Teresa White become president of Aflac U.S., where she manages thousands of employees. The insurer has three women on its board of directors.

Weak succession planning disadvantages women. When executive succession is neglected, as it often is, appropriate support for aspiring women is also likely to suffer. “If you don’t have a robust succession planning process, or the process doesn’t identify potential biases, that contributes to the dearth of women at senior levels,” says Kesner.

Women in senior executive roles in the United States has increased only three percentage points, to 23 percent, over the past 13 years, according to a survey by accounting and advisory firm Grant Thornton.

Women need male allies. The CEO must demonstrate how women and minorities are to be treated, and should solicit the opinions of women during meetings, Foster says. Since more than 90 percent of CEOs are men, and given the male domination of corporate boards, male allies are crucial to the effort.

Grant Thornton runs a mentoring program that encourages men to help mentor women, and for male leaders to advocate for promising women. Three of the firm’s top ten executives are women.