The Transformation of the Sales Funnel 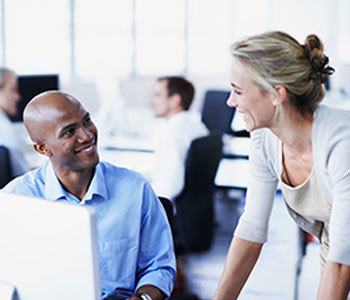 By: Shannon Belew, author of The Art of Social Selling (Amacom, 2014)

This is the mantra now spreading throughout sales and marketing organizations everywhere. However, while there's a great deal of truth to this contention, it's only partially correct. The traditional sales funnel is by no means dead — but it is outdated.

The Traditional Sales Funnel
In the traditional model, the largest number of leads (albeit unqualified) enters at the wide top of the funnel. As they are pulled through the linear sales process from one stage to the next, more and more leads drop out along the way until only a small portion actually make it to the bottom, narrow part of the funnel to become loyal customers.

- Starting at the top with the awareness stage (unqualified leads)
- Then moving on to the evaluation stage (qualified prospect)
- As prospects make the decision to buy, they enter the purchase stage
- They then become part of the loyalty stage (as customers)

It is important to note that in the traditional funnel, it is the salesperson who controls or guides the lead through the sales process, educating and qualifying the prospect along the way until the purchasing decision is finally made. So what has really changed about this process?

For our purposes, the names of the stages will remain the same. But the behavior surrounding those four stages is markedly different.

A New Role for the Salesperson
Perhaps the biggest change is that research indicates customers are now 57 percent of the way through the sales process before ever engaging with a salesperson — according to a 2012 CEB whitepaper.  In some cases, depending on the product type and whether it's B2B or B2C, prospects could be as much as 90 percent through the buying process before contacting a salesperson, according to 2012 findings from Forrester Ressearch.

This is indicative of the level of consumer self-education that is occurring, or rather, it shows how (and how much) information is being consumed prior to a prospect making the first personal contact with a company representative.

Remember, your prospective customer now has access to endless streams of branded and non-branded content, research, and opinions from websites, social networking sites, peer-to-peer virtual conversations, and even competitors.

These highly-educated consumers now enter the buying process much closer to the bottom of that traditional sales funnel as qualified prospects ready to purchase, which brings us to the other significant change.

The salesperson is no longer in charge of the buying process and no longer the gatekeeper of the information that would typically move the buyer from one stage of the funnel to the next.

Instead, your customer defines the buying process. She may want to engage with you early on, or she may not want to talk with you at all before making her decision to buy.

In fact, the only time you may engage with the prospect is during very late-stage activities, such as providing product demos and price quotes. At this point, you may be one of several companies being considered by the buyer, yet your ability to influence the purchasing decision has long passed — without your ever having had contact!

The Upended Sales Funnel
For these reasons, experts say the traditional sales funnel has been phased out. There is no longer a linear movement from unqualified lead (at the top of the funnel) to loyal customer (at the bottom of the funnel).

Even so, there has not been a consensus as to what the new, online-driven sales funnel should look like. I have seen it illustrated as a sort of French horn, a series of circles, and as a neuron (as in a neuron or synapse from your brain) with a central hub and lots of little tentacles sprouting from it.

Although a replacement for the traditional funnel is difficult to envision, experts seem to agree on the following changes to the buying process:

- Buyers no longer depend on salespeople to provide information and educate them on products or solutions.

- Buyers have extended the number of places they get information and the way they consume it.

- Buyers are entering the sales process much later and salespeople have less opportunity to influence the purchasing decision.

- Buyers have increased the type of and the frequency of activities they complete before engaging with a salesperson.

Buyers are influenced by content prior to becoming a recognized lead in the sales process. The last point is particularly important to understand.

Content, if delivered soon enough, often enough, and through the right channels, still provides sales and marketing the opportunity to engage and influence prospective customers before they officially enter your sales cycle.

Author Bio:
Shannon Belew is the author of The Art of Social Selling: Finding and Engaging Customers on Twitter, Facebook, LinkedIn and Other Social Networks and also Starting an Online Business All-in-One For Dummies, now in its third edition. She is the founder of OnlineMarketingToGo.com, a popular blog focusing on social selling, mobile strategies, and related topics. Her day job is managing the online marketing and lead-generation efforts for a global IP telephony company.