How a Social Media Recruiting Policy Can Help Protect your Business 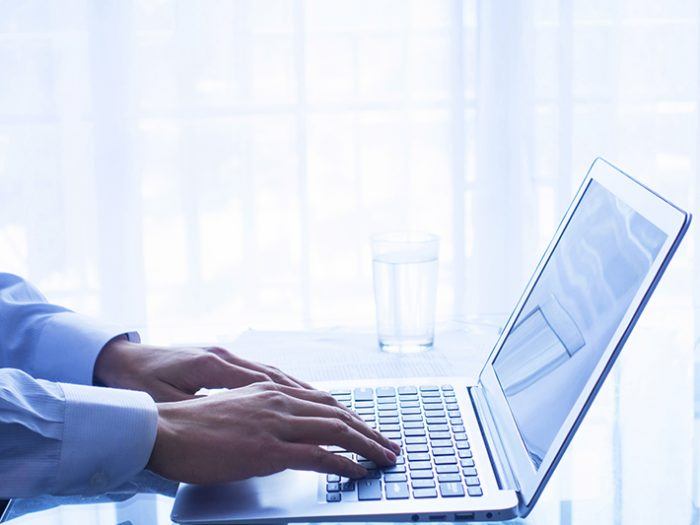 The rise of social media recruiting has made it possible for people to find out a lot about each other — but that can information can become hazardous to a legal hiring process.

“A candidate's online profile can be instructive in providing a hiring manager with insights as to a candidate's work ethic, character and reputation, which are all important factors in determining whether someone is the right fit for a job,” says Angela J. Reddock-Wright, an employment law attorney and mediator with Reddock Law Group in Los Angeles. “However, determining such information based on a candidate's social media profile can be a slippery slope.”

Here’s how to keep useful information from turning into TMI (too much information) in your social media recruiting – and why having a policy in place can help protect your company.

The Need for a Social Recruiting Policy
Even if gathered inadvertently, information derived from a candidate’s social media profile can put you at risk for a lawsuit down the road. Thus employers should be aware of learning about a candidate’s protected class information, says Andrew Horowitz, an attorney in the Pittsburgh office of Obermayer Rebmann Maxwell & Hippel. These prohibited employment policies are enforced by the U.S. Equal Employment Opportunity Commission (EEOC.)

For example, a candidate’s social media presence might reveal information about religion, race, political affiliation or other protected statuses. Later, if the candidate isn’t hired and claims discrimination, the employer’s best defense is ignorance of the candidate’s protected status at the time the decision was made, Horowitz says. However, if you learn of this information while looking at social media, that defense is lost.

“Typically a social media review policy would define both what the employer is and is not looking for in reviewing social media,” Horowitz says. Some examples of legitimate items to look for could include negative postings about past employers, material relating to alcohol or drug abuse, crime, dishonesty and so on.

One thing to absolutely avoid: asking candidates for passwords to go digging in their profiles yourself. “A lot of states have started passing laws that prohibit employers from requiring applicants to disclose their passwords to social media accounts,” says Shelby Skeabeck, a management-side labor and employment lawyer at Shawe Rosenthal in Baltimore.

Be Sure to Back Up your Policy
Once you have a social media policy, put it into action by developing a strong process to support it. This might include identifying which social media channels should be checked for legitimate information — and which shouldn’t.

“The value coming from some types of social media isn’t as high as the risk of potentially finding out something you don’t want to know,” Skeabeck says. For example some social media sites include work history or project portfolios, while others are more geared toward sharing photos of friends and family.

If you have adequate staff, consider adding a layer of independent review to help strengthen your candidate review process. This might be someone who is otherwise not involved in the hiring decision who could review social media profiles for items defined in the policy. He or she can then report back to the decision-maker in writing, Horowitz says.

This report could include red flags about behavior or a lack of information that supports the resume. It should not include any information about protected statuses, including but not limited to race, color, national origin, religion, disability, including being associated with a disabled person, illness, pregnancy, family status, veteran or reserve status and sexual orientation or gender identity, where protected by local law, Horowitz says.

Keep What You Learn in Context
Not everything you can learn via online profiles is relevant to someone’s suitability for a job opening; as such, it’s important to keep the person’s whole application in mind.

Charles Rogel, vice president of products and marketing at DecisionWise, a management consulting firm in Springville, Utah, checks to make sure the person has put some time into the profile. He determines whether it’s well-connected and shows relevant interest in other groups.

“I also check other social media sites to see if their interests match the job opportunity,” Rogel says.

Information shared by people other than the candidate may not be the best indicator of what the candidate is like. “People tag each other in silly stories and pictures they see all time,” Skeabeck says. “Sometimes you have to take it with a grain of salt because it might not be coming from the candidate; they may have even been tagged by someone who doesn’t know the candidate.”

None of the information provided herein constitutes legal advice on behalf of Monster.