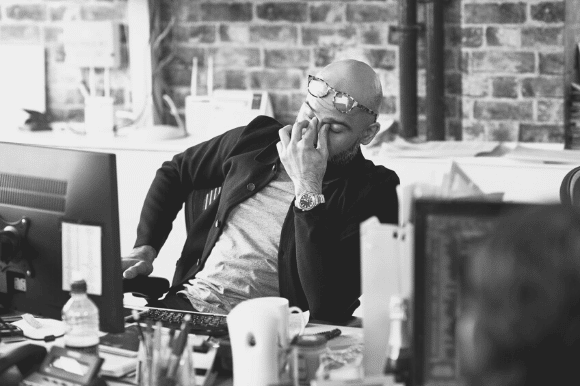 Emotions are part of being human—they’re proof that we’re experiencing the richness and complexities life has to offer. So, it’s normal that they come with us to work, especially where expectations run high and resources low. At the same time, the workplace is a professional setting and not all emotions or expressions of them are appropriate.

Whether you’re an employee or a supervisor, it’s important to understand how to manage emotions in the workplace. Author Anne Kreamer and communications expert Jodi Glickman explain why an emotion-free workplace is unrealistic and how to handle work stress appropriately.

The demands of running a business or a department—personnel issues, budgets, expectations, deadlines—can often be overwhelming. As a manager, there’s also added pressure to maintain a management style that keeps a lid on emotions.

A lot of professionals feel as if they have to put on some kind of armor when they come into the workplace. But, really, no one likes to work for “Mr. or Miss Perfect,” Kreamer says. With regard to managers and emotions, she explains that:

However, this doesn’t mean you should fly off the handle at the drop of a hat or complain to your employees about upper management. It just means that it’s ok to show some emotion and expressing feelings of stress or frustration.

In researching her book on emotions in the workplace, Kreamer discovered that women cry nearly four times as often as men. And why wouldn’t they? Women have six times the amount of prolactin (the hormone that controls tears) than men do and women’s tear ducts are significantly larger. On the other hand, men are more likely than women to get aggressive and violent when they get angry.

Whether someone’s emotions are expressed through tears, a raised voice, or worse, their behavior should not be ignored. As Kramer notes, these expressions are the workplace equivalent of a “check engine” sign. They point to the fact that someone is overworked, sick, angry, frustrated, etc. Rather than seeing tears or emotions as a sign of weakness, we should simply take them as a cue to address the underlying issue.

Both Kreamer and Glickman see this as an area where great managers can really set themselves apart by approaching emotions as something healthy for business. Kreamer believes that profound social changes, in tandem with the new scientific insights into the ways each gender operates, will transform the future of interpersonal dynamics on the job.

For Kreamer, managing emotions in the workplace starts well before the geyser erupts. Rather than “forced empathy,” she encourages supervisors to go deeper and look for what is triggering an employee’s emotional behavior in the first place. This positions you to deal with issues at their root level, which also helps you prevent an outburst in the future.

Kreamer also notes that managers should look for the same emotional triggers in themselves that they do in employees. Having that level of self-awareness allows you to better understand when you’re feeling overwhelmed, how you got there, and how to manage it.

Managing Employee Emotions in the Workplace

Still, we all know things can get overly heated in the office at times. According to Glickman, the goal isn’t to pretend the emotions aren’t there, but to step in and help the employee gain composure. Some tips she recommends in dealing with an emotional employee include:

Glickman, who served as a manager on Wall Street, says the key to handling emotions in the workplace is to deal with them swiftly, but without making the other person feel attacked or threatened. Be clear about what’s being objected to or criticized, but focus on the outcome, not the process, she says.

Managing Your Own Emotions at Work

While emotions can help reveal problems which need solving, Glickman says that if you feel yourself getting overly emotional, it’s still best to head for the door. Instead of crying or creating an awkward, uncomfortable scene, let others know you need to take a break or burn off steam. As Glickman explains, there’s really no benefit in actually having that breakdown in front of others.

More Questions About Emotions in the Workplace? We Can Help

Rarely do managers want to hire an automaton with no feelings, but they also want to avoid employee tantrums in the workplace. Perfection lies in the balance which, as with most things, isn’t always easy to find. That’s where we can help. Monster understands the challenges that come with recruiting and managing a workforce and we have insights to share. Find out what free expert resources we have available to support your workforce.