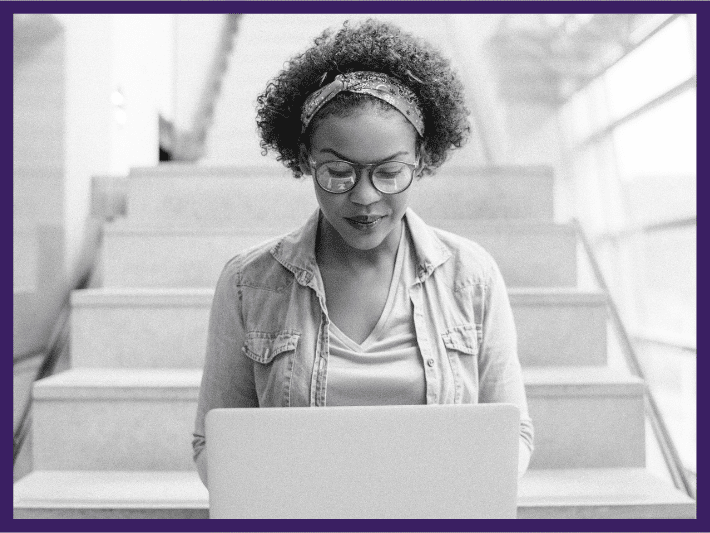 In case you haven’t heard, online staffing models, aka “the human cloud,” have begun to permeate the staffing industry. In fact, talk of this tech trend was a recurring theme at the Staffing Industry Association’s SIA Executive Forum in February 2019.

So do staffing professionals have a real worry on their hands? Industry leaders don’t seem to think so – at least for the time being – but it’s not a topic that can be ignored.

“As we look at thinktank research on occupations that will be disrupted by technology, recruiters are pretty far down on the list,” says Richard Wahlquist, president and CEO of the American Staffing Association (ASA).

“This core value add that our industry brings to clients – screening talent, sourcing talent and deploying talent that makes the match in a way that generates high degrees of fit, productivity, and engagement – takes the human touch.”

Still, as human cloud platforms continue to develop, they could become an attractive, less expensive means to purchase labor. That’s why it’s more important than ever that staffing professionals upgrade their skills and find ways to stay competitive.

What exactly is the human cloud?

“The most relevant part of the human cloud in the staffing world is the online staffing platforms, including companies like Upwork, Fiverr, or Freelancer,” he says, most of which are connecting individual workers with project-based work.

Another area of the human cloud (the biggest one) is online work services, most notably companies like Uber and Lyft.

“Those are the biggest players, but there are a whole range of others such as translation services, outsourced customer service, and legal services,” says Asin.

The final and smallest category is crowdsourcing in which a company puts out microtasks that it needs to be done and people bid or compete for the project.

In total, about $80 billion is spent annually on human cloud technologies, with online staffing accounting for about $5 billion of that, says Asin.

For the most part, online platforms align best with work that can be done remotely, such as knowledge work (IT, marketing and creative). But we’re also beginning to see platforms emerge that focus on local work (like hospitality shift work or industrial, assembly-line type jobs). Where it hasn’t made much headway, however, is in placing highly skilled workers into full-time roles.

But if the human cloud continues to evolve, and large corporations begin to explore them as viable options to help source candidates, what impact might that have on traditional staffing firms? Let’s break it down by exploring some of the potential advantages and limitations of the human cloud:

Speed. “The process is tech-driven so algorithms and business rules decide which jobs get shown to which workers, and that can happen instantly,” says Asin.

Cost savings. In some ways, the platform can be less expensive since there’s just the tech in between the candidate and the hiring manager, says Asin.

It can be a free for all. If you need someone for full-time, on-site work, platforms right now can’t do the proper vetting to find that “fit,” in the way human conversation can. “One of the things recruiters and staffing firms do is convince imperfect candidates to take imperfect jobs,” says Asin. “It’s a sales role; it takes a person to convince people to try things that are not just a slam dunk.”

There could be legal issues. Platforms have been mostly geared toward the “gig economy” – essentially, 1099 independent contractors versus W-2 employees. But the “Uberization” of work has brought into question the legal definition of independent contractor. “Uber is the target of the most scrutiny from drivers who allege that they should be treated as employees and have access to benefits that traditional employees have,” says Wahlquist. Hence, the California Supreme Court’s landmark ruling that has changed the test for independent contractor status in the state.

Asin agrees: “It’s true that online platforms tend to use an independent contractor model, and that’s problematic for large enterprise companies concerned about making sure hires are classified properly.”

It’s not conducive for full-time work (yet). On the candidate side, staffing platforms thus far are really about picking up short-term projects here and there – but ultimately, most job seekers would prefer to find full-time jobs. “Individuals that have been attracted to the pure online platform companies are getting relatively short, defined engagements,” says Wahlquist.

The good news is that many top staffing companies are already staying ahead of the curve, incorporating bots and AI to do lower-level screening as people are making inquiries, says Wahlquist.

And companies across different sectors are giving talent the opportunity to go online and bid for jobs and allowing clients access into the database to make matches as quickly and efficiently as possible. “Technology is creating tremendous flexibility at a time where we’re looking for growth drivers and are facing talent shortages,” says Wahlquist.

For Hire Dynamics – a staffing firm that has been matching talent with employers needing to fill roles in call center, admin, and warehouse and distribution jobs for over 18 years ­– the decision to launch its Work4HD app last year was a no-brainer.

“We have them download the app, and do their whole application through it,” says Larry Feinstein, CEO, “but then we bring them in and vet them, drug test them, do a background, and an interview so we can get the right cultural fit.”

Combining the best of tech with the face-to-face human connection is what Feinstein says will separate a staffing company from a human cloud model.

So far, app adoption has exceeded expectations, says Feinstein, with about half of applicants using it.

“In a competitive market, the app helps the jobs get filled pretty quickly. If someone calls us on a Saturday that needs workers on Monday, we can put it out on our app and it’s filled by Monday,” he says.

That’s because the app is built to target and push out notifications to not only people with the right skill set (for instance, a forklift operator certification), but also those in the right geographic area. But even more so, the data and insights shared via the app is helping the staffing associates better understand and engage the candidates so they can provide a better, streamlined experience, he says.

Next up, Hire Dynamics is working on technology to support the client side as well. However, at the heart of all these technology upgrades, relationships and emotional connections will remain a top priority, says Feinstein. “It’s about solidifying our relationship with our talent so we can be better career advocates for them.”

And make no mistake: that’s what candidates want. As the ASA Workforce Monitor survey found, while 83% of individuals believe that tech has made finding a job easier,  7 in 10 believe the job search has become too impersonal.

“Our message is that high touch remains critically important and that organizations that rely too much on high tech are doing themselves a disservice and probably won’t be able to make a connection,” says Wahlquist.

Looking Ahead: The Convergence of Traditional Staffing and Technology

While online staffing models have some potential to cause a shakeup, Wahlquist says it’s nothing that staffing firms haven’t faced before. “Staffing has been on a tech continuum for the past 20 years. And as tech has advanced, it has enabled the world of staffing,” he says. However, he points out, it can be a disruptive force for those who fail to embrace technology.

Asin thinks the most likely outcome will be “a convergence between traditional pure service providers like staffing firms, and the platforms like Upwork.”

Like it or not, he says, staffing professionals will have to get more and more tech savvy, but you’ll always need people to understand the nuances of organizational culture and the career aspirations of the workers.

“Technology simply offers an opportunity for staffing firms to do what they’ve been talking about – becoming more of a consultant to the buyers, and more of a career coach to the candidate,” says Asin.

Or, put another way, today’s staffing professionals are seeing online staffing as another arrow in their quiver, says Wahlquist. “It’s another tool in their toolkit to source and match candidates with clients even faster than had been done before,” he says.

But as we know, speed is hardly the only measure of success. If they become over-reliant on tech, they are going to lose a big piece of what makes their companies successful – and that is an engaged workforce. “Talent is a differentiator,” says Wahlquist. “You can’t afford to risk your company’s reputation with talent that is unqualified or not engaged.”

That’s also why Asin predicts that if platforms like Upwork want to successfully support the hiring needs of enterprise organizations, they, too, will have to take a more hybrid approach by adding a human layer to their platform offerings.

The bottom line: The staffing industry can’t ignore trends and must stay current with would-be disruptors, but not at the expense of what it does best. Says Feinstein: “The companies that match the best experience with the best technology will prevail.”