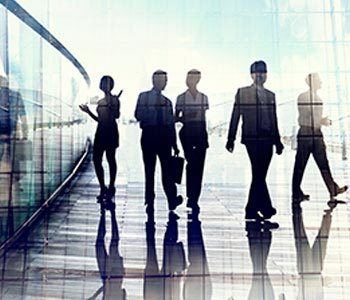 You can win over or lose your colleagues in the first thirty seconds of meeting them with your body language and specifically your posture. Really.

How do you accomplish this feat — or avoid this disaster?

So it’s important to smile, move quickly (but not so quickly as to fall or injure yourself), and look as eager as you can. But there’s more to it than that. The real secret lies in your power cues posture.

There are three ways to stand (and a fourth that’s a combination of one and two), and only one of them is effective.

Think of how you look from the side, as if a straight line were being drawn through your head down to your toes. If you’ve got good posture, the one your mother used to tell you to have, then the balls of your feet, your pelvis, and your shoulders and head all will line up on that vertical slice.

I call this the “head posture,” sensibly enough. It signals subservience, humility, and deference to the people around you. Great for the Dalai Lama, but not so good for the rest of us who don’t need (or want) to be as professionally humble.

Others project their pelvis forward. (Imagine yourself playing air guitar without the air guitar.) This posture, which is highly sexualized, is typical of teenagers and pop stars. Again, not so good for grownup businesspeople.

The third possible posture is the straight-up, lead-with the-heart posture. Imagine a soldier, seen from the side, but relaxed across the shoulders rather than rigid. That’s the heart posture, and it radiates trust, authority, and confidence — all the attributes you as a businessperson want to project.

(The fourth is a combination of head and pelvis, a kind of question mark. Most typical, again, of teenagers, who are both self-conscious and sexualized. Or intellectual rockers. Not good for businesspeople.)

So bound into the room and look happy. But more importantly, watch your posture. It will signal to your colleagues who you are, whether you intend it to or not.

During the Meeting: Occupy the Right Space
Once you’ve set the right tone with your posture, it’s time to think about your body language in relation to the others. Let’s talk about zones. Not getting in the zone. No, I mean the distances between people.

We each have four zones of space that we maintain between us. The first zone is the public zone, and it’s twelve feet or more. We tend not to take personally the stuff that happens in that zone; thus it’s not very interesting to us. Between twelve feet and four feet is the social zone.

From four feet to one-and-a-half feet is personal space. Here’s where it gets interesting.

As soon as you’re in my personal space, I’m paying close attention. You might be dangerous, so I’ll keep a close eye on you.

From one-and-a-half feet to zero feet is intimate space. In this zone, we’re both committed. For business meetings — any public occasion, really — don’t go here. Both parties will feel very uncomfortable. It’s why Americans and English travelers feel so awkward in Asia and some parts of the Mediterranean.

Use the four zones, but especially the personal one, for persuading your colleagues.

During the Meeting: Make Effective Eye Contact
Why would you imagine you could get away with not looking at your colleagues? That’s just common sense.

There’s research that suggests that we tend to trust people who look at us and distrust people who don’t because we think they’re lying. And we’re right. It is a sign of lying, though a not very reliable one.

But is there anything more to it than that? There are some important subtleties.

The first sophisticated rule of eye contact then is that if you’re going to make eye contact, you have to do it with your eyes wide open.

The second sophisticated rule of eye contact is that you actually have to make eye contact. With individuals. For up to thirty seconds. You can’t look over the heads of the group, and you can’t dart your eyes around nervously like a lizard’s tongue.

The third sophisticated rule of eye contact is that you should be monitoring the extent to which your colleagues are making eye contact with you. It’s a simple way to gauge their interest in what you’re saying. If 80 percent of them are focused on you, you’re OK.

If 80 percent (or even 40 percent) are focused elsewhere, you’re in trouble.

Reprinted by permission of Harvard Business Review Press. Excerpted from Power Cues: The Subtle Science of Persuading Others, and Maximizing your Personal Impact. Copyright 2014. Nicholas H. Morgan. All Rights Reserved.

Author Bio:
Nick Morgan, founder of Public Words Inc., is one of America’s top communication and speech coaches. He is a former Fellow at Harvard’s Kennedy School of Government, where he was affiliated with the school’s Center for Public Leadership. From 1998 to 2003, he served as editor of the Harvard Management Communication Letter. He is the author of the acclaimed book, Working the Room, reprinted in paperback as Give Your Speech, Change the World.