Skip to content
Resources / Workforce Management & Planning / Leadership Skills & Management / What Is It that You Intend to Communicate? 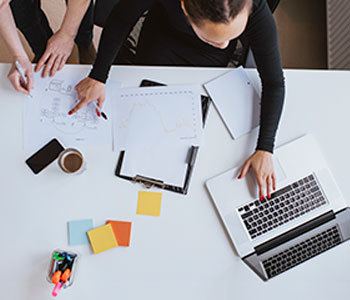 By: Bernard Roth, author of THE ACHIEVEMENT HABIT: Stop Wishing, Start Doing, and Take Command of your Life (HarperBusiness, 2015)

What is it that you intend to communicate? Simply saying something does not mean it has been actually communicated. I realized this very early on as a teacher. I would say something several different times, intending to make it clear that I was placing strong emphasis on it.

Inevitably, if I asked an examination question about the item, I would get students saying, “It was unfair because you hardly touched on it in the lectures.”

This brought home the insight that the teachers’ worlds and the students’ worlds are very different, and that I have to take responsibility to make sure my communications have been received as intended.

Even if all parties agree on what has been said, or even if there is a signed, written agreement, it does not mean that everyone is really agreeing to the same thing. There are often honest misunderstandings.

These take place largely because people do not make sure their meanings — not only their words — are shared. Remember, successful communication takes both intention and attention. It requires the explicit intention that the meaning be shared, and it also takes the explicit attention to be sure it has been shared. Unless you have a strong experiential bond with someone, simply saying something is often not sufficient to really communicate it.

Actors know that they cannot play a character well unless they know how that character thinks. Similarly, true communication is facilitated when all the parties know how the others think.

Here are my top suggestions for good interpersonal communications:

1. Speak for yourself. Say “I know,” “I think,” “I feel,” “My reaction is,” not “Everyone knows,” “We all think,” “We all feel,” “Everyone’s reaction was.” It is much better to take responsibility for what you say than to attribute it to others. You hardly know what you yourself really think, let alone what others think.

2. Don’t be judgmental. If you need to be judgmental, especially in an argument or a tense situation, speak for your own feelings and reactions (as in item 1).

4. Don’t ask why questions. Make declarative statements about your position. Asking people why they do things puts them on the defensive.

5.  Really listen. Even if you think you know what they will be saying or you have heard it before, don’t interrupt or tune out. Don’t be in your head preparing your reply while they are talking. Be willing to lose your thought no matter how brilliant it is.

6. When you are telling a story, be clear what your point is. Be prepared to be misunderstood and misinterpreted. If it really, really matters, make sure your message got across by having it replayed to you.

7. Make sure your communication is heard as intended. Go beyond just delivering the message. Have the intention and attention to get it heard the way you mean it to be heard.

8. Make sure you understand what is being communicated to you.

Go beyond just good listening. Get to a point where you know the intention, not just the words. If you have any doubt, rephrase and repeat back what the person has just said: “So, what I’m hearing is . . . ,” or “It sounds like you feel . . .”

Try to get to the core of what a person is asking for or feeling, and then check to make sure you have it right. This is also known as “active listening,” a phrase coined by Thomas Gordon. It may feel phony the first few times you do this (frequently rephrasing and repeating what another
person says is not what most of us do normally), yet it can be very powerful.

When another person feels understood, you’ve given him a great gift.

THE ACHIEVEMENT HABIT. Copyright © 2015 by Bernard Roth. Reprinted with permission of HarperBusiness, an imprint of HarperCollins Publishers

Author Bio:
Bernard Roth is the Rodney H. Adams Professor of Engineering and the academic director of the Hasso Plattner Institute of Design (the d.school) at Stanford University. He a leading expert in kinematics, the science of motion, and one of the world’s pioneers in the area of robotics. In addition, he has created courses that allow students to directly gain understanding and experience about personal issues that matter to them.