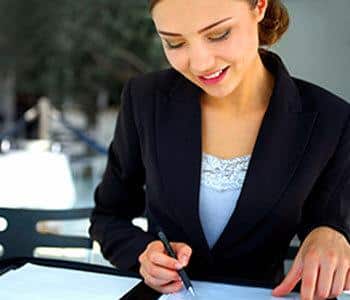 Recent trends show that more than half of US employers are blocking social media access at the workplace. A variety of fears have led to the restriction, led by certainty that time spent on Facebook or Twitter is productivity the company can never get back. By implementing a complete block of social media, leaders and managers are able to rest easy, secure in the knowledge that their employees are spending their time doing the work for which they’re being paid.

Nothing could be farther from the truth. The truth is…

The Futility of Blocking

Do you have a smart phone? An iPhone, a BlackBerry, a Droid, a Palm Pre or any of the dozens of other models available? You can surf the Web, access social networks, send and receive messages on Twitter and engage in all kinds of other online activities. So can your employees.

Blocking access to social sites via your company networks won’t stop most employees from engaging in the same behavior the blocks were designed to prevent. Ann Cavoukian, privacy commissioner for the Canadian province of Ontario, has called blocking a mistake. “It’s like waving the proverbial red flag in front of your staff — it’s almost a challenge to them to find a way around it,” she is quoted. She adds that blocking social media access is counterproductive, with the time employees spend finding a way to the sites they want to visit being more time-consuming than actually visiting the sites.

If worker productivity is at an all-time low, why do US Department of Labor statistics paint a different picture in which productivity continues to rise?

The answer is simple. Productivity is not a measure of the time employees spend at work engaged in non-work activities. It’s a measure of output. And the use of social media can actually help increase employee output. The question isn’t whether someone is spending time watching YouTube videos at work. The question is whether they’re work is getting done, on time and to the quality standards expected of them.

A study conducted at the University of Melbourne found that employees with access to social networks were actually more productive than employees in companies that block access. According to Dr. Brent Coker, employees who can reward themselves between the completion of one task and the start of another with a visit to their Facebook or MySpace page are more invigorated and get more done. According to the study, they get 9 percent more accomplished than their blocked counterparts.

Getting to the Crux of the Matter

There will always be employees who waste time. There always have been, long before computers were introduced to the workplace. Addressing this problem is a management issue, not a technological one. (Does anyone really think that somebody genuinely wasting time on MySpace is suddenly going to become a shining example of productivity because IT blocked access?) Supervisors need to manage by exception those employees whose use of social networks genuinely is affecting their productivity.

There’s more to the productivity issue, though. Among knowledge workers, the fact that they are networked means they can work anywhere. Think about it. Do you check your email on your mobile phone as soon as you get up? That’s a work-related activity at home. Employees review reports while at their kids’ soccer games. They take overseas calls after dinner. They draft reports before bed. Thus it seems disingenuous to not include the time employees spend doing work when they’re not at the office in your calculations.

How many of your knowledge workers arrive at 9 and leave at 5? An employee who arrives at 7:30 a.m. and leaves at 6:30 p.m. can spend two hours on Facebook and still put in a solid eight hours of work — plus the time they spend working when they’re away from the office.

It’s also worth remembering that the same productivity paranoia was raised over the telephone and email.

From Work Responsibilities to Friend Requests, Balance is the Key

There’s no question technology has helped improve workplaces—from productivity to research to simple record keeping—but it’s not without its complications. Finding the right balance is key to the use of social media in the workplace, as with most employment matters. Make sure you’re reaching the best and the brightest by taking advantage of a free job listing on Monster today.