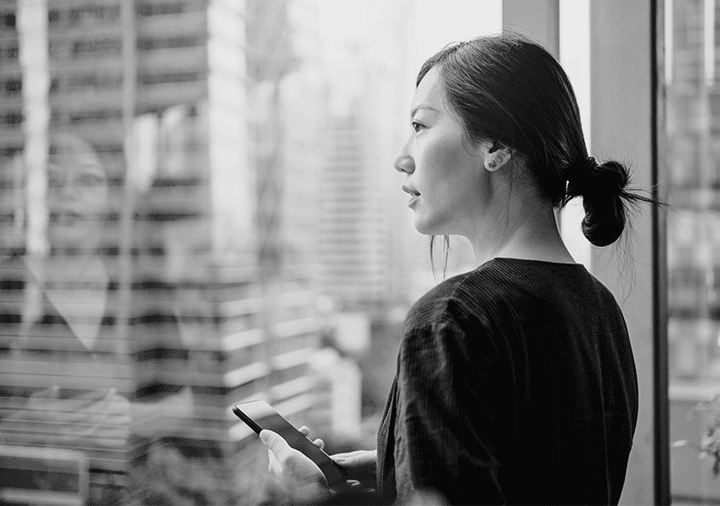 There’s no doubt that workplaces are becoming more inclusive, and employers are doubling down on their commitment to DE&I Initiatives to be welcoming to all candidates.

With recent hate crimes against Asian Americans and Pacific Islanders (AAPI) dominating headlines and traumatizing communities, you might be wondering, how can I support my Asian employees—or show AAPI candidates that we are a good place to work?

Pledging financial support for anti-racism efforts is a good start, but looking inward to address AAPI inequities and build inclusiveness and belonging within company borders are needed more than ever. Action is what drives change for marginalized groups, and business leaders can find ways to address racism in the workplace, and support and stand with AAPI employees.

What AAPI employees are experiencing

COVID-19 has unmasked and accelerated negative Asian-American sentiment and exposed deep-seated biases and microaggressions that have long gone unnoticed. Anti-Asian racism has skyrocketed by 150% in 2020, and it has not abated. According to a report from StopAAPIHate, 4.5% of the reported incidents are workplace discrimination.

“The more concerning number is that 35.4% of hate incidents occur at businesses, including a number of reports of Asian customers being refused service or harassed,” says Shalene Gupta, research associate at Harvard Business School and co-author of The Power of Trust: How Companies Build It, Lose It, and Regain It (PublicAffairs, 2021).

This all points to a great need for businesses to do a better job of creating safe and inclusive workplaces that are anti-racist, says Gupta. “It is hard to imagine a business where employees are harassing Asian customers is also a workplace that’s safe for Asian employees.”

In the workplace, Asians are often confronted by long-standing biases and invisible barriers that impede their career progress through organizations. Although they tend to be more highly educated and have the highest median income than any other racial group, Asians face significant discrimination while getting hired, are the least likely to be promoted, and had the highest rate of unemployment during the pandemic.

Asian Americans are often stereotyped as the model minority—successful, hard-working, self-effacing—and “when you add in different cultural values such as modesty and a respect for authority, this can create a stereotype that Asian Americans aren’t a good fit for leadership positions,” Gupta says.

They are often employees, but seldom CEOs. Asian-Americans make up 12% of the workforce, yet fewer than 19% become managers and less than 14% are executives, shows a Silicon Valley diversity report.

Managers need to be aware of these biases and how this can impact the decisions they make about who gets promoted. Bias training and cultural competence education can make leaders more aware of how these stereotypes impact their decision-making, says Gupta. “They also need to take a hard look at how they define success in a role and what personality traits they are screening for when they hire.”

Include AAPI in DE&I efforts

Asian Americans grapple with the struggle of being the invisible minority because the model minority myth so actively including and engaging Asian Americans in your DE&I efforts will allow workers to feel respected, safe, and valued, says Sharon Kwon, a psychotherapist for Asian American, BIPOC, and immigrant populations struggling with racial trauma and identity at yellowchaircollective.com.

“Asian Americans are not only fighting for a seat at the table, but we are also fighting for a seat at the Diversity, Equity, and Inclusion table as well,” Kwon says. “After Atlanta (shootings), my colleagues and I received an influx of emails requesting Asian American speakers to present at DE&I initiatives for schools, non-profits, companies, and government agencies. While it has been refreshing and validating to be included in the discussion about anti-racism in America, we still have a long way to go.”

Getting there requires leaders to take a strong stance supporting the AAPI community and condemning racism. Address and acknowledge anti-Asian racism as soon as an incident occurs—even if this is through a company-wide email, your Asian employees will feel heard and seen, Kwon advises.

Reach out to Asian American employees and colleagues during difficult times. “After Atlanta, my white supervisor at my non-profit mental health agency, called me to acknowledge this tragic event and how this may be impacting my mood and concentration. I felt respected as a human being, valued as an employee, and that my work environment is a safe space.”

Let all team members know the resources that exist and that you’re available to talk, Gupta says. That way those who want and need support can come to you to open up, and no one gets singled out based on their race.

Make yourself available not only in traumatic times—Asians are targeted by harmful discrimination every day. “Support can come in many forms, whether it’s letting the team know that your door is open, allowing people to take time off to process their feelings, or simply giving them their space.”

Create a space for discussion

Best practices include creating AAPI specific programming to discuss what’s going on, for Asian employees to air out their concerns, and solve for problems in the community, Gupta suggests.

Creating a voluntary employee forum to discuss racial microaggressions and hate incidents can help Asian American employees feel supported, and that their company is committed to wiping out racial disparities. Having a safe place to voice concerns and be heard creates psychological safety and loyalty.

Invest in equitable recruiting, hiring, and inclusion. Improve hiring practices, ensure that your processes for promotion are fair, and that you have representation in senior management, Gupta advises. That may mean cultural sensitivity training is in order.

Meanwhile, leaders should not assume that racism isn’t happening just because their employees aren’t talking about it. “An HR professional told me her (mostly white) senior management didn’t want to create programming for Asian employees because they thought their employees were content. There’s a difference between being silence and being content,” Gupta adds.

Does your workplace support racial literacy?

Every company has a responsibility to do their part—making statements and checking in on people is a good start. Prioritizing inclusion and respect for all minority groups requires targeted focus, appropriate resources, and senior level support. Our Diversity & Inclusion Hiring Guide has advice for companies of all sizes on how to take action.