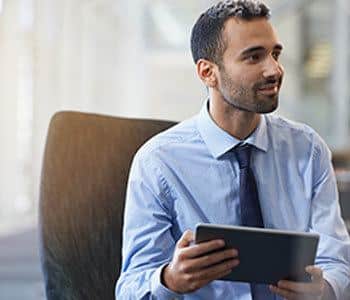 Excerpted from Make Your Own Rules: A Renegade Guide to Unconventional Success

By: Wayne Rogers with Josh Young

Acting involves the study of human behavior, so I have learned much about people through my dramatic pursuits. For starters, watch the feet! That is a euphemism for the idea that behavior is a more important indicator than words when it comes to understanding another person.

Words are more often than not used to disguise people’s true feelings. For example, if a person has just arrived in town and you see him with his head down and his shoulders slumped, and he tells you it is a long way from where he came, he is probably not referring to distance. What he is really saying is that he is tired and annoyed.

It is in the nature of Homo sapiens to judge their fellow man. When you first see someone, you might interpret his or her actions as either friendly or possibly aggressive, and your psyche takes this into account. You subconsciously make a judgment about the person’s behavior. When you are negotiating with someone, watching the person’s behavior and not being influenced by mere words can be a great help. If you have a sense of this, you can hone it through experience.

If reading people is important, understanding them and relating to them is even more important. In business, it can be the difference between success and failure. You need to be able to pick business partners and associates you trust and have them trust you. Both of those processes will almost certainly affect the outcome of what you are doing.

Finding Trusted Business Partners
Relationships are essential. In his book Black Swan, Nassim Talib says that you should never miss the opportunity to meet with somebody who has a position of significance. How often do you hear that it’s not what you know but whom you know?

Many times we cannot choose the people with whom we do business. Certainly, if you work for someone else, you have very little choice unless you are the one doing the hiring. There is an ancient Greek proverb tossed around in business: “The fish stinks from the head.” Loosely translated, it means that the business reflects the personality of the individual who runs it. If the top person is a devious weasel, then some of the people down through the ranks will likely be disingenuous cheats.

The converse is also true: Integrity and character at the top create a company culture of honesty and rectitude. Make sure you do not end up partners with people who soil your reputation.

Partners often criticize your ideas. They give you a different perspective. They bring different skill sets and attitudes. I often finance investments in owner-operated businesses, where the operator is my partner. What should you look for in an operator? Knowledge of the business, yes, but, more important is how he or she deals with people. The operator’s ability to bring out the best in people is often more important than raw knowledge of the business.

Consider the legendary football coach Vince Lombardi. He coached the Green Bay Packers to five championships in nine years, including victories in the first two Super Bowls. But if you ask his players, like Bart Starr, Jerry Kramer, and Zeke Brakowski, about Lombardi, they’ll tell you that his greatest attribute was not drawing up complicated plays but rather instilling in his players an attitude to win.

Somebody once asked Lombardi, “What is it that you know about the game that nobody else knows?” He replied, “Nothing. Football is only two things — blocking and tackling.” In his own words, “Coaches who can outline plays on a blackboard are a dime a dozen. The ones who win get inside their player and motivate.”

As useful as business partners can be, they can also be disagreeable, difficult, confrontational, and irritating. It is much like a marriage, so pick your partners carefully. Often, my partners teach me something I do not know and make me better at what I do. I can honestly say that the most satisfying aspect of my business experiences is the people with whom I have worked.