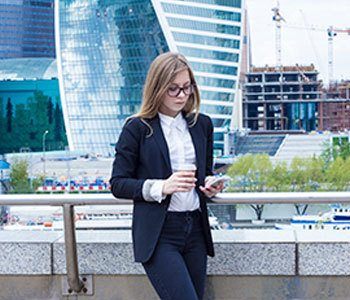 Are you taking shortcuts in hiring that cost you the best candidates with your college recruitment? As an observer of the intersection between college and career, I see way too many highly talented job candidates being overlooked for minor and even trivial reasons. One of the bigger errors in attracting young talent is setting narrow restrictions on who you will interview.

You may not want to talk to a student with a 2.3 GPA and a couple of DUIs, sure, but watch out for filtering out bright, creative, motivated students by requiring unnecessarily specific job skills.
It is easy to assume that students who major in accounting and finance have quantitative reasoning skills, but so do students who major in chemistry, physics, math, statistics, engineering, and even music, as well as students who minor in all these topics.

Focus your College Grad Recruitment Process
There is a creeping consumerism invading universities today, and part of that phenomenon is that both recruiters and students are focusing on majors instead of passions. For every student who chooses marketing when they would have been more interested in English, we all lose a more engaged student. That student could easily have been taught business writing once he or she had mastered poetics.

“Many students in non-mainstream majors don’t know that they are still valuable in the more traditional business workplace,” says Russ Coughenour, director of career services for the University of Tennessee. “They think that business and industry are not interested in them because of their major.” By shifting your search focus from majors to basic skills, such as writing, analyzing, and thinking, you will pick up candidates who would have shunned your interview lists.

Personal versus Academic Discipline
In fact, it may pay to have a broad idea of which job skills you are after in a new college hire, beyond your internship program. The old saying for college hiring was simple and straightforward: “You hire for attitude; train for skills.” Herb Kelleher built Southwest Airlines into a competitive powerhouse based on this simple adage.

Chris W. Fitzpatrick, New Jersey regional recruiting supervisor for Enterprise Rent-a-Car thinks it is important to look beyond the major — whatever it is — to look at how the student has engaged with the other opportunities that make up the college experience. “Our top candidates were not only students in the classroom sense, but took the initiative to learn and develop skills outside of the classroom, during ‘personal time.’

“Involvement in sports breeds competitiveness. Membership in fraternities, sororities, and other clubs and organization helps develop leadership skills. Although a communications major may not have learned case studies about risk management, the ability to communicate verbally, nonverbally, and crossculturally is vastly more critical. Soft skills such as communication, work ethic, flexibility, and leadership transcend the college majors and are better identified when an entire picture of a candidate’s college experience is seen.”

Hire for an Ability to Gain the Skill
The argument for flexibility may be a little more difficult to win in the STEM disciplines (science, technology, engineering, and math). A computer science major is going to bring a different set of abilities to the job than a biologist. Even here, however, a narrow focus on majors may be an unnecessary shortcut for some of your hiring.

Tom Tarantelli, director of the career development center at Rensselaer Polytechnic Institute, says that “many of the mainstream employers still desire the hard core science and engineering degrees.” Nevertheless, he points out that dual majors are becoming more common in STEM programs, and interdisciplinary teams are becoming more common in industry. “Many employers will hire a materials or mechanical engineer and teach the bio or whatever other skill aspects they need.”

So it may be that the ability to gain the skill — the ability to be coachable – that matters more than anything else. In fact, according to a study conducted by Leadership IQ, Why New Hires Fail,  (a study summary is available) 89% of the time a new hire fails it is for attitudinal reasons, not for technical competence reasons. According to Mark Murphy, CEO of Leadership IQ, “You can give people skills, but it’s a lot tougher to give them a new attitude.” So hire for attitude, train for skills, and save restrictions on the major to those very few searches when it really matters, like nursing recruiting.

Author Bio
Donald Asher is an internationally known speaker and writer specializing in careers and higher education. He speaks at over 100 colleges and universities every year, and has just finished lecture tours to India, China, Korea, Mexico, and Germany. He has written 12 books, including The Overnight Resume and How to Get Any Job: Life Launch and Re-Launch for Everyone Under 30, or: How to Avoid Living in Your Parents’ Basement, and the forthcoming, Cracking the Hidden Job Market. Asher wants you to know he majored in philosophy-religion. He welcomes your comments.