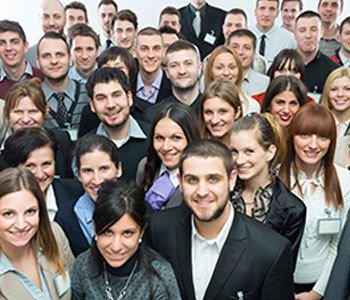 The success of your recruiting strategy depends on many factors, but one is key: your ability to accurately assess a candidate during the interview process. It’s critical to learn to ask interview questions to determine work ethic. You want to differentiate between those who clearly stand out among their peers versus those who just get by or otherwise “struggle to the minimums.”

As a recruiter (or small business owner), you may have little time to prepare and conduct interviews. Even more important, you may lack resources to conduct formal testing, background checks and drug screens to aid in your hiring decision. Here are some interview questions that will help you assess work ethic by examining a candidate’s accomplishments and achievements.

Interview Questions That Focus on Achievement

We all know that the right hire can drive excitement and productivity among team members, just as easily as a hiring mistake can quickly undo much of the employee productivity that you’ve developed over the years. The stakes in this game are high. Focusing on achievements and accomplishments comes in a number of forms, but particular interview questions get to the bottom line more efficiently than others.

Terry Comp, principal of LTC Performance Strategies, a boutique performance consulting firm in Valencia, California, recommends doing away with the traditional “Tell me about yourself” interview question and asking instead, “Walk me through your career progression, leading me up to what you do now in your current role at XYZ Company.”

The logic? Focus on progression through the ranks and the assumption of greater responsibilities. “People who promote and build their careers think beyond their basic job duties and fit the generalist role that every small company needs. They also often have a greater ‘achievement awareness’ that translates into higher productivity, creativity, and employee engagement,” according to Comp.

An introductory interview question to ask such as, “What makes you stand out among your peers?” is an excellent litmus test in probing for an individual’s level of self-esteem and awareness of accomplishments. If the job candidate stumbles in coming up with an answer, you could gently lead them to a similar interview question, “Why would your former bosses say you’re special? What do you think they would remember most about you?” Anyone could answer the question, but not everyone could answer it in a sincere and open way.

And don’t forget the traditional queries, “Tell me about your greatest strength and greatest weakness: Approach this as objectively as you can in terms of what your most respected critic might say about you.” Yes, this combo might seem a bit worn because it’s been used for so long but, according to Comp, “I’m still surprised at the answers I get to these very simple questions in terms of shedding light on the individual’s personality, work ethic and common sense, especially among earlier career candidates.”

Depending on the type of hire you’re making, you could easily step up this strength/weakness question by asking, “What have you done at your present/last company to increase revenues, reduce costs, or save time?” This query will give you insights into how well candidates can quantify their achievements. And don’t forget that junior staffers should still be able to answer that question in terms of saving time.

Sonny Falcone, founding partner of Falcone’s Cookie Land bakery in Brooklyn, New York, feels that when it comes to hiring bakers and truck drivers, qualifications are what count most. In an industry known for high employee turnover (bakers tend to move around often), “it’s best to turn lemons into lemonade by capitalizing on new hires’ experiences at other bakeries.” Falcone learns tricks and shortcuts from new hires that show him how to do things better and work more effectively. “We’re all for it,” he says.

So how does a baker actually interview a job candidate? Via live action! Falcone likes to invite finalist candidates to work on his team for one or two days to get a feel for their style, work ethic and baking capabilities before making a job offer . What Falcone finds out is, “What do you know about us and why would you want to work here?” According to Falcone, “There’s not necessarily a right or wrong answer. But we want to get a feel for candidates’ commitment levels.”

If there’s one quality that many small business owners wish they could find, it’s employee motivation. After all, smarts, prior experience and credentials don’t mean all that much unless new hires are willing to apply themselves to the new job.

An excellent interview question to determine work ethic is, “What’s the one achievement that you’re proudest of in your career and that helped you garner the most kudos and recognition at work?” People who focus on achievements and accomplishments take pride in their job performance and have a higher level of work ethic. It’s just how they think, and as a small business owner, you could capitalize on their results orientation.

No, these aren’t necessarily easy interview questions and they may take some self-critical insight and soul searching on the candidate’s part. But your company is certainly worth it. This investment of time also benefits the candidate who may be thinking, Wow — these people take this all pretty seriously. It sounds like they know what they want and have high expectations. And that’s the type of company culture that you’ll want to create and sustain for all your employees. There’s no better time to cement that expectation than during the initial candidate interview.

Use Interview Questions to Determine Work Ethic and Start Hiring

A hiring mistake is costly, but you can learn to ask the right interview questions to minimize such an error. You can also minimize the risk of a hiring mistake by ensuring that you’re attracting the best candidates to interview. That’s where Monster can help — and in a way that doesn’t offend your budget. We’re ready to match the right candidates for your next position. Find out how you can get started by posting your next job with us for free.