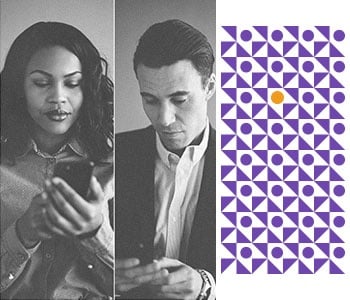 How much faster could you fill job requisitions if all stakeholders responded to your communications in minutes? It would be a game-changer, right? That’s why texting—especially with candidates—is a revolutionizing the recruiting industry.

Globally, there are upwards of 16 million text messages sent per minute, and research shows that 90 percent of people read a text message within the first three minutes of receiving it. And more and more, text is being used as a go-to tool for recruiters.

But, it’s not a panacea—you must control how to use it, with which candidates and when.

We’ve distilled some great advice from a range of professionals who have done deep dives into the do’s and don’ts of texting with candidates.

Whether they’re individual contributors, managers or executives, most professionals appreciate the ease and speed of texting for brief communications. But texting can be an even more vital lifeline to candidates for lower-wage jobs, who may not be tethered to their computers 24/7.

There are typically millions of open jobs in this labor sector year-round, and many workers in hospitality, retail and similar service industries don’t have an online profile, sometimes not even an email address.

“For high-volume hiring, time-to-fill is cut by up to 50 percent,” says Brennan.

For example, when a candidate is in a store and they can text an inquiry in response to a help-wanted sign, text bots can come back and automate basic screening questions like hours of availability, says Brennan. Automated texting may also offer each candidate a few interview days and times to choose from.

Age matters when it comes to texting

Yes, pretty much everybody texts in their personal lives, but some are more likely than others to appreciate hearing from recruiters by text. And you guessed it, that group is the largest young generation of workers—millennials.

“Millennials are not comfortable talking on the phone, so letting them show interest for a role via text will increase the talent pool,” says Jayne Mattson, senior vice president of Keystone Associates.

Texting also makes sense for a first touch with a candidate if there’s been no response to email or a phone message, says Kristen Fowler, practice director at Clarke Caniff Strategic Search.

In many cases, it’s the younger candidates who aren’t responding to traditional outreach, but just might see your text—and start engaging.

A speedy response to a candidate’s text—whether from a bot or personally from a recruiter—assures the candidate that their information isn’t just going into a black hole, Brennan says.

But before sending any kind of text, recruiters should ask a candidate’s permission, says Fowler. This is especially important for in-demand tech professionals who can be very selective about communications technologies and who don’t want their phone to blow up with recruiter requests.

Candidates tell us time and time again that their number one frustration with the job search process is the lack of communication that happens once they submit their resume. They feel ignored, disrespected, and even if they aren’t the right fit for your current job, being able to communicate, even briefly, can help protect your company’s employer brand.

That’s why we offer Monster’s Text Recruit to help recruiters engage with candidates and stay connected, all the way through the hiring process.

Use text for these rapid-response scenarios

Texting won’t work for every aspect of recruitment communications, but it’s ideal for short, need-to-know, informative exchanges. Being able to dash off this kind of information in a text can create efficiencies that will lead to quicker hires.

“With texting, you can have conversations at times when other people are around but you don’t want them to hear,” says Fowler. “You can use texting to get quick answers to questions from the hiring manager.”

It’s also OK to text on somewhat sensitive matters—such as asking the candidate if they’ve given notice to their current employer—as long as the answer is likely to be definitive.

One more caveat from Fowler: “You don’t want to set a precedent that texting is the only way you communicate.” Tech candidates might be an exception; they may demand to text about everything all the time, and it could be hard to turn them down.

As a recruiter, one of the things you do best is build relationships, and there are still a lot of scenarios where texting just can’t help you with that crucial human-to-human connection.

When it comes to candidates articulating why they want the job or how their experience matches with the qualifications, communication should be face to face, according to Mattson. Additionally, there are sensitive matters that just need to be discussed on the phone or via email.

“Save the tough conversations like salary and relocation benefits for the phone call,” says Fowler. “The last thing you want is to have a message interpreted incorrectly, especially during an intense compensation negotiation.”

Recruiters should also be careful that each use of texting is appropriate, and that candidates’ cell numbers are not inappropriately shared. “For all workers, it comes down to their comfort level with the technology,” says Brennan. “We need to make sure that we’re being responsible with candidates’ phone numbers, with their trust in us.” She adds that the most important thing is to ensure that candidates have choices among communication channels.