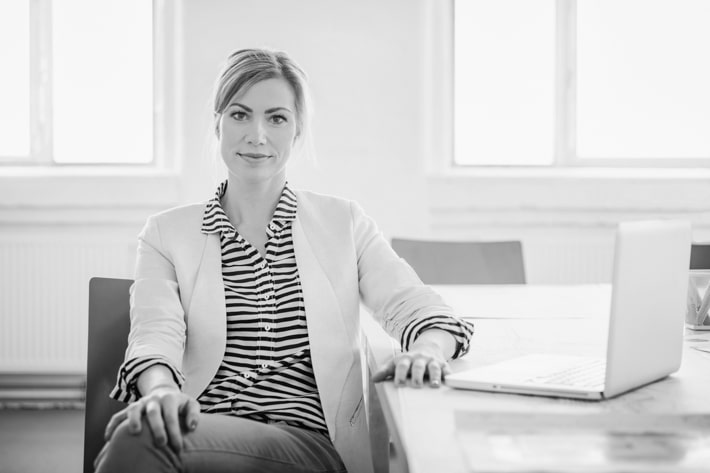 With a market full of talented candidates, interviews—and making good offers—is the key to making sure you’ve got the best people at your company. The right compensation package can help you recruit (and keep!) talent for the long haul, but there are a lot of moving parts. Here are 10 tips for salary negotiation with a candidate:

In some states, it’s illegal to ask candidates about their previous salary history, or what they’re making at their current job. “In states where it’s legal, knowing their current compensation is extremely helpful,” says Colleen Neese, practice leader at the Duffy Group, an executive recruiting firm in Arizona. “In a state like California where it’s not legal, it’s helpful to ask candidates what their salary expectations are, and make sure those expectations align with the salary range for the position.”

2. Discuss numbers early in the process

The offer stage should never be the first time you’re talking about numbers or compensation with a candidate. You should be talking about it—at some level—throughout the recruitment process. This prevents getting too far into a process before you realize that your expectations don’t match up.

“I talk comp every single time with the candidate—the first time I pitch them the job, I talk about it when I telephone interview them, and during the in-person interview,” Neese says. “And it can change along the way.”

Neese is always surprised when she talks to candidates who are interviewing and working directly with companies, and they’ve never talked numbers. “They’ll tell me they’re on the fifth interview and comp has never been discussed, and they get to offer stage, and they have no idea,” she says. “To not talk numbers throughout the process is just mind boggling.”

It’s not an appropriate move for all job titles, but for some positions, it may save you a lot of trouble to just publish the salary range up front. People for whom the range is too low won’t apply, which will save both of you some time.

The downside is that applicants who might not be fully qualified—but who want the salary you’re offering—will apply. But, in theory, those applicants won’t make it to final interviews if they can’t perform the job.

“Right now, I’m recruiting an accounting manager for one of my clients, and I put the range right out,” says Matthew Burr, a human resources consultant in Elmira, NY. “I’m very transparent with that. There’s no reason to waste anybody’s time. Obviously if it’s a higher-level executive position, that’s a different situation, but for a manager/director/supervisor-type job, I don’t have any issue publishing that.”

If you already have the job at your company, you already know what you’re paying at your company. But what’s the job worth on the market? The more you know, the more you can balance market data against the budget you have for the job—and make sure you’re offering enough to attract and keep the good candidates.

“A smart company will have access to reliable, thorough salary survey data,” says Adam Calli, a principal consultant for human resources company Arc Human Capital. “If you’re looking to get an HR director job in Dallas, Texas, you should know: What does a good HR director go for in Dallas?”

5. Be wary of discrimination

If you aren’t careful, you could end up paying employees unequal salaries. “The statistics will show you that historically, women are less likely to negotiate or negotiate as fully as men,” Calli says. What ends up happening, he says, is that you’ll make an offer to a woman, she’ll accept it, and you’re done negotiating.

But if you make an offer to a man for the same title, and he negotiates for a higher salary, you might pay him more, and that can spell trouble. “If this happens over and over, the men in your company end up being paid more than the women in equivalent positions,” Calli says. “All of a sudden, what you care about is the lawsuit that all the women are bringing.” Be mindful in your dealings that you’re paying men and women comparable salaries.

6. Sweeten the pot with non-salary perks

When you can’t go any higher on salary, there are a variety of things you can throw into the deal that may sway a job seeker. “Extra vacation is always a good one to try if you’re trying to get someone for a lower number,” Burr says. Other options include a signing bonus, relocation expenses, or even a paid parking spot near the office.

A company might also offer to pay for continuing education, additional training, or for the employee to attend national conferences.

You may find yourself in a position where a candidate wants, say, $90,000, and you think they seem like a great find—but you don’t want to pay more than $85,000. Some companies give a candidate a trial run at the lower salary, with the promise of a performance review after a period of time to see if they’re worth the higher number.

“I usually see a range when this kind of negotiation happens of anywhere from three to six months,” Calli says. “Then I’ll give you a performance review—I’ve seen your work, I’ve seen your attitude, I’ve seen your technical skills. It’s no longer a guessing game.”

This allows both you and your candidate to give the position a try, and for you to determine whether they’re worth the extra pay. “I’ve seen people who didn’t make it to three months,” Calli says.

If your salary numbers aren’t tweakable, a bonus or commission structure gives you some freedom to be able to pay a candidate more in a good year—or if they’ve earned it—while keeping their base pay within a range.

“Whether you get it is based on your performance and how the company does,” Calli says. “But it’s a way for the employer to say to the employee, ‘Hey, I’m willing to put more money in your pocket if you come in here and perform at a high level.’”

Beyond just the existence of a bonus or commission, you can also negotiate the frequency of payment. Companies might pay bonuses or commissions, quarterly, semi-annually or annually, for instance.

“Facebook has seen a massive amount of people relocate,” Calli says. “What they’re saying is, ‘Your home of record will now become a factor as we figure out your salary.’” In other words, an employee who relocates to rural Idaho will make less than the employee who lives in San Francisco.

“This is a major wrinkle,” Calli says. “Companies have always factored in geographic differentials, but usually it’s because they have an office in Chicago and an office in Orlando. But now we’re talking about 35 employees who live in 35 different cities, and now you have to figure out what an appropriate salary is.”

If you’ve done your job correctly, there won’t be any negative responses to your job offers, because you’ve been setting expectations and getting feedback from the job candidate throughout the process. But if you’re getting a “no,” find out why.

Stay ahead at the salary negotiation table

Salary can be a challenge or a hurdle for winning over some candidates, but it doesn’t have to be a deal-breaker.  For the latest salary negotiation tips, sign up for Monster Hiring Solutions and arm yourself with creative—and winning—salary negotiation strategies.