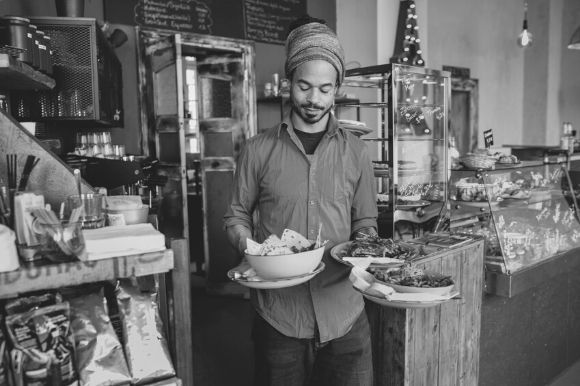 There’s been a long-standing debate across the United States as to whether the restaurant industry (and other hospitality businesses) should improve the tipping system or do away with it altogether. In the late 19th and early 20th centuries, those reasons were rooted in concerns about creating an unintended “servile vs. aristocratic” class in America.

Today, for reasons like pay equity between front-of-the-house and back-of-the-house workers, as well as wage reliability, many business owners are unsure of the best way to navigate the practice. Even more controversial is the practice known as a “tip out,” where employees who interact directly with customers and receive tips share the money with other staff.

While diners and hospitality staff alike have expressed frustration regarding the tipping debate, there’s been no significant legislative agenda to resolve an issue that impacts the livelihoods of millions of workers nationwide. This leaves business owners with little guidance for how to address it. So how should you handle tipping out at your establishment?

Why A Tip Out Structure Is Important

The short answer: clarity. Front-of-the-house employees like waiters and waitresses, bartenders, bussers, and counter personnel who serve customers, depend on tips for a substantial portion of their income. In addition, the Fair Labor Standards Act (FLSA) clearly spells out what business owners are allowed to mandate regarding tips paid to an individual employee.

Regardless of the method you use, minimum wage requirements need to be met for all employees. Some states have additional laws that grant more discretion to the actual employee who receives the tips.

With that in mind, documenting a clear tipping structure for your employees can help ensure that you comply with federal, state, and local laws. Also, employees won’t have to make a judgement call each night, or fear unfair treatment or retaliation based on a co-worker’s decision. Create a solid structure and get more buy-in by engaging employees and considering their feedback when you decide on a structure that will work best.

What Are the Most Common Tip Sharing Structures?

There aren’t many hard and fast rules regarding tip sharing, but you don’t need to recreate the wheel. Here are three common systems for dividing tips at your business.

Remember that this is only a general guideline—flexibility and transparency are key. The agreed-upon percentages should reflect your business’s unique needs and adjusted according to the usual distribution of the workload.

Workloads may even change from day to day, depending on which part of the front-of-house staff picks up the heaviest parts. For instance, the bar may be especially busy on a day where you offer drink specials, so they may get an increased percentage of the tips during that shift. Or, bussers may see an uptick in work when there’s a high turn rate for tables. In that scenario, they may receive a greater share of the tips than usual.

This is a practice covered under federal law. FLSA mandates that an employee must retain all tips, but “…does not preclude a valid tip pooling or sharing arrangement among employees who customarily and regularly receive tips.” As such, tip pooling is one of the more straight-forward and expressly legal tip out structures.

Tip pooling is just as it sounds: all tips during a shift are gathered into one “pot.” From there, the tips can be divided based on a variety of factors: agreed-upon percentages, number of hours worked, or the amount of time each employee spends directly interacting with customers.

For example, you and the front-of-house staff may assign a certain number of points (or a percentage) to each group of employees. It could be a 10-point system, whereby servers get 6 points, bartenders get 3 points, and bussers get 1 point. From there, you would divide the pooled tips based on those ratios or percentages. Out of $100 in pooled tips for a given shift, for example, the servers would evenly share 60 percent, the bartenders 30 percent, and the bussers 10 percent.

This system isn’t part of traditional tipping practices but has seen growing popularity with business owners attempting to provide equity between compensation for front-of-house and back-of-house employees. In this hybrid model, the restaurant automatically adds 15 to 20 percent of the total to the bill, listing it as a service fee or “hospitality included.”

From there, the owner can determine how to split the “tips” (or the set hospitality fee) between employees. Since this isn’t money directly paid to the server, owners have discretion to “tip out” kitchen staff with a portion of those fees.

However, hospitality-included policies continue to receive mixed reviews from patrons as well as front-of-house staff.

While some business owners have seen wait staff quit because they don’t make as money as they’re used to, others find it a relief. Servers don’t have to “turn and burn” to increase their earning potential. Instead, they get to spend time attending to customers and ensuring a top-notch experience. Some owners have also found that automatic service charges significantly decreased the level of animosity among staff, making for a more harmonious workplace.

Get Labor and Employment Market Tips You Can Use

You’re busy enough managing day-to-day tasks and planning for growth. Let us help you get the information you need to make better hiring decisions for your business! Stay on top of changes in tip out structures and other hospitality business changes and best practices. Sign up to get resources, news, and tips delivered directly to your inbox.