How to use exit interviews to reduce employee turnover 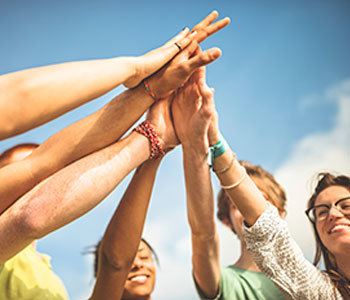 Exit interviews aren’t funerals. They don’t have to be tearful or awkward situations. Instead, they can be a source of incredibly valuable information for your company, if done the right way.

For example, if employees are leaving for other work, they may have insights about how to reduce turnover. If they’re departing involuntarily, the interview can be used for damage control. Interviewing an employee who’s leaving your company should be a learning experience for everyone involved.

It doesn’t have to be awkward

In small- and mid-size companies, an exit interview can be uncomfortable, given the intimacy between management and employees. “People are guarded, particularly if they’re leaving the organization,” says Lori Johnson, a team lead for ADP TotalSource, Culver City, California, an HR outsourcing firm.

Many departing employees don’t want to alienate their former employers, so they avoid honest criticism in their final interviews. Instead of telling you the operations manager is a bully, they come up with inoffensive reasons for their departure: more money, better benefits or more responsibility.

By changing the focus of the last interview, an employer can learn about the company brand from their employees’ perspective. Robert Greene, CEO of Reward Systems, a management consulting firm, says companies should ask why they started looking for another job.

“That will get them to tell you the truth,” he says. “You’ll see where you’re coming up short.”

Supplementing an in-person interview with a survey can also boost results. “People can be more honest about how they feel when they’re alone and just getting their thoughts out,” Johnson says.

Thoughtful interview questions look beyond the moment. They look for changes in the future. For example:

For example, if your job requirements include a lot of routine accounting tasks, a recent grad may not be happy working for you because the job doesn’t utilize all his newly acquired job skills. Meanwhile, an accountant who is close to retirement might be perfectly happy in the position.

“If people are leaving for reasons you can’t fix, learn from it instead of just saying it’s painful,” Greene says. “It may be the cheapest consulting you ever get.”

No matter why an employee is leaving, it’s a good idea to do an interview to discuss the company’s and the employee’s rights and obligations after termination. This conveys the message that your company follows the law. It can also reduce your exposure to lawsuits from former employees, says Lori Goldstein, an employment attorney in Northfield, Illinois.

In addition to covering routine issues such as COBRA and unused vacation pay, the employer should talk about any non-compete, confidentiality, or post-employment agreements that the employee signed. Doing so gets everything out in the open, so employees leave without feeling like they need to go talk to a lawyer, Goldstein says.

Make notes of the conversation

Goldstein recommends having a witness take notes at the departing interview. If you choose not to have anyone sit in, take notes yourself. That way, if you’re called into court later, you can say which questions were asked and what responses were given.

For example, suppose you asked an employee why he was leaving and he didn’t mention discrimination. If he later files a discrimination lawsuit, your notes from the interview may aid your defense. Goldstein says it may not make your defense “a slam dunk, but it may go a long way toward resolving, settling, or getting rid of the claim.”

If an employee does threaten legal action, it’s better to hear about it during the exit interview rather than later. You may be able to derail the lawsuit by offering increased severance or by completing an investigation into the complaint before the suit is filed.

When you hear information that you don’t like during a final interview, remember to remain objective. “You cannot retaliate for a good faith complaint,” Goldstein says. To reduce hurt feelings and allegations of retaliation, she says, think carefully about how to tactfully share exit interview information with others in the company.

An angry supervisor or co-worker who damages a former employee’s reputation by falsely defaming them can get you sued. “Train your employees to be careful what they say to employees and the outside world,” Goldstein says.

Use exit interviews to help you find better employees

Showing employees the door is not ideal, but a good interview can open other doors. Through Monster Hiring Solutions, you can find expert recruiting advice, insights into the latest hiring trends, and great employees who are waiting to join your team.