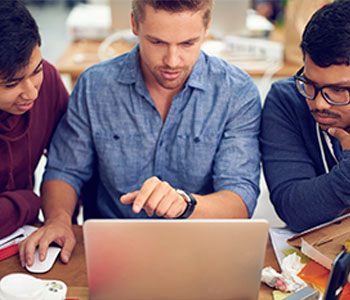 When it comes to recruiting strategies, hiring decisions often focus largely on candidates’ technical skills and expertise, with relatively little attention given to soft skills. This can result in hiring employees who have the cognitive firepower to succeed but lack the social skills required to effectively use what they know.

These employees tend to either rapidly leave due to interpersonal conflict and frustration, stall out in lower-level positions due to their inability to handle the social demands of leadership, or bulldoze through the organization, leaving a trail of poor morale and increased turnover. Fortunately, there are relatively easy and inexpensive ways to decrease the risk of hiring the cognitively skilled but socially inept. One of the most effective ways is crafting interpersonal skills interview questions and scenarios.

Social skills reflect a person’s ability to work with others in a way that accomplishes near-term business objectives while strengthening longer-term working relationships. The concept of social skills has been around a long time, although it is periodically repackaged under titles such as “emotional intelligence,” “tacit knowledge,” and “interpersonal savvy.” Social skills depend primarily on four fundamental characteristics:

One need not be highly adept at all of these to be socially skilled. However, a serious deficit in any one area can result in major interpersonal issues with problem employees.

There are several methods for assessing job candidates’ social skills, and an interview is the most common. A candidate’s lack of social intelligence may show up during the interview process as social errors. Carefully observe how the candidate interacts informally with others. Create social settings such as group discussions or luncheons that require candidates to display social skills. Some questions you can ask to assess social intelligence include:

Moderately low levels of social intelligence won’t be a problem unless the job requires the ability to quickly develop a rapport with others.

Sensitivity to others can also be assessed during an interview, but it is a bit more difficult. During the interview, ask candidates to describe influences on their careers or interpersonal conflicts they have experienced at work. Pay attention to how they describe others in their answers. Answers that are highly judgmental or give little credit to the contributions and interests of others could be associated with low sensitivity to others. References can also be a good source of information. Ask people to describe what it was like to work with this particular person. If they say things like “highly independent” or “difficult to manage,” you may want to probe a bit more.

Self-control and self-awareness are perhaps the most difficult social skills to assess in an interview setting since, for example, few people will admit to a time they lost their temper at work. However, you can ask the candidate behavioral interview questions to elicit how they’ve handled more extreme scenarios, such as:

However, even more than interpersonal skills interview questions, one of the best ways to evaluate self-control and self-awareness is through role-play exercises. This involves having candidates interact with trained assessors in a simulated work scenario. For example, you could have the candidate give feedback to a fictional, underperforming employee with an attitude problem. If properly structured and conducted, role-playing can be one of the most valid predictors of social skill.

Social skills can also be evaluated using standardized questionnaires such as personality tests and social style measures. These tests measure underlying beliefs, preferences, and attitudes that affect interpersonal behavior. Many of these measures are relatively straightforward to use, fairly inexpensive, and can be highly valid. There are a wide variety of well-designed measures to choose from, but it’s often difficult to tell the difference between a good measure and one that looks good but does little. Consequently, it’s a good idea to consult with an independent assessment expert when choosing this sort of measure.

The weight you give to a candidate’s social skills depends on the position you’re filling. A salesperson will need to be more socially adept than a software developer or a mortician. Matching the right skills to the job will help ensure a smooth ride inside your organization. Get help with this and more from Monster Hiring Solutions, where you’ll receive expert recruiting advice and information on the latest hiring trends.