Skip to main content
Home / Hiring Employees for Your Small Business / Employee Engagement / When Should You Give Employees a Pay Raise?

When Should You Give Employees a Pay Raise? 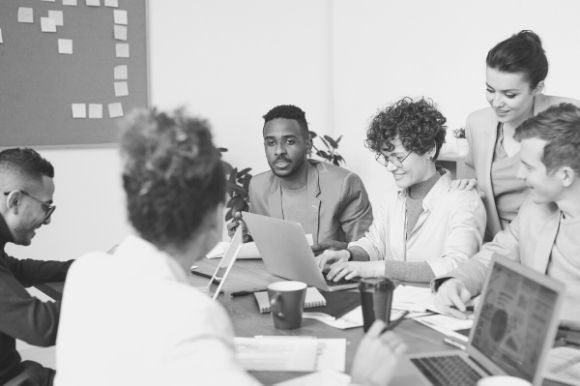 Can a pay raise for your top performing employees—or even for your entire staff—help improve your company’s bottom line? What exactly is the connection between compensation and productivity, anyway?

In highly competitive business environments, these questions have pushed business owners to ask themselves whether they can afford to increase wages. We asked experts for answers, and some of their responses were surprising.

There are good reasons to give employees raises, such as retaining talented workers, improving employee morale, and stimulating innovation. But one big surprise is that raising hourly wages can actually be a formula for more profits.

Determine whether a pay raise for your staff makes sense for your organization by considering the following:

1. First, Do the Profitability Math

To determine if you can afford to raise pay and by how much, undertake a financial analysis. It’s largely a math equation, and the key is to figure out if you can maintain your profit margin when you give employees raises. If you’re a young startup and haven’t yet become profitable, then you may be more focused on cashflow; but you also will need to consider how raises may impact your path to profitability.

If there’s no money left over to pay higher wages, it may be because you’re not charging customers enough to cover your overhead and are taking on some work at a loss. By taking on only the work you can do at a profit, you’ll have more money to pay your team competitive wages—and improve the staying power of your business. If you’re a startup and not yet making a profit, then you should focus more on your company’s trajectory.

2. Consider the Costs of Paying Your Employees Too Little

Paying employees too little to cover their living expenses may be adding to your overhead in ways you haven’t calculated. For instance, if an employee calls in “sick” because they can’t afford the gas to get to work for the rest of the week, your business will lose out. Scrimping on wages usually brings with it a number of hidden costs, including higher absenteeism, excessive turnover and customer issues. Besides, how can you attract top performers with lower-than-average pay?

When you’re considering reasons to give employees a pay raise, you also need to consider the costs of not raising their pay. For instance:

Simply stated, paying employees too little comes with big potential costs. When that money is redirected into pay increases for employees, assuming it fits within the larger financial picture, it often pays dividends to your business five, 10, or many more times over. There’s a reason why labor costs are your main expense.

3. Add Up the Potential Productivity Gains of a Pay Raise

If raising workers’ pay will enable you to bring on talent capable of adding to your revenue or streamlining your costs, the salary increase may pay for itself (and then some). One such example involved JMJ Phillip Group, an executive search firm.

The firm, which focuses on manufacturing and the supply chain, did some analysis on worker salaries, about 15 percent of whom were hourly workers, says Dennis Theodorou, vice president of operations. The results prompted the firm to raise hourly worker pay by about 25 percent. There was good reason to give employees raises, says Theodorou, because the market was “extremely competitive.”

At the same time that it bumped up worker pay, JMJ also raised expectations for their employees. When the company increased wages for existing employees, for instance, it often provided coaching and employee training.

The goal was to empower employees to make a stronger contribution to the company by improving its customer service and internal processes, says Theodorou. In hiring 10 to 15 people, the company also developed a multi-step process that provides added insight to a candidate’s character.

Instead of merely “settling” in their hiring decisions, they’ve been able to pay extra money to motivate workers who will be able to generate a little bit more revenue to help them sustain the increased wages.

As Theodorou has realized, while there are a number of positive benefits that come from giving workers a pay increase, doing so can often do more for your bottom line than keeping wages flat. Think of it as an investment in your company’s success, rather than a sunk cost.

Use Pay Increases to Bolster Your Growth Strategy and Recruitment Efforts

In a competitive hiring market, increasing the pay of your employees can bolster profits and attract the kinds of workers who will deliver. But a pay raise won’t get you too far if you don’t have an effective recruiting and retention strategy guiding the process. That’s where we can help. Connect with Monster today to see how your business can get free access to the latest expert recruiting insights and job market analysis so your company can find the best, most profitable workers.