Recruiting in the “new” job market

How to navigate the new world of ghosting, low unemployment and job seeker swagger. 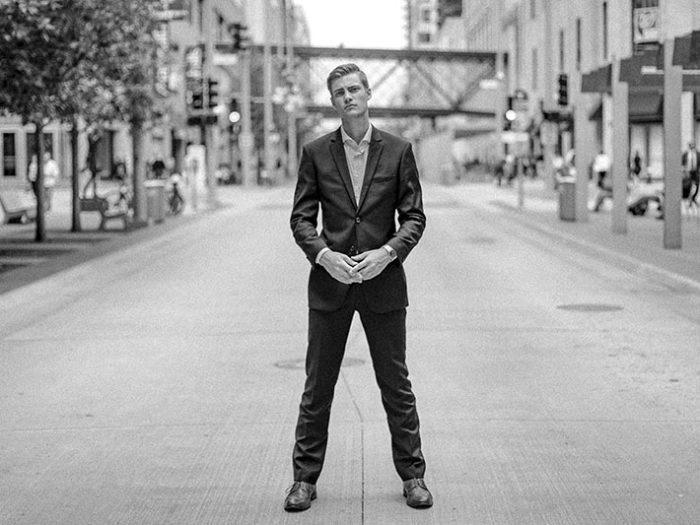 It’s a weird time in the job market right now. You probably already know about the record low unemployment and the strong labor market if you’re a recruiter, but let’s put it in perspective: The most recent BLS report for December 2018found that there were 7.3 million job openings but only 5.5. total separations (including quits and layoffs), meaning there are far fewer unemployed people seeking work than roles to fill. Or put another way, most of the top talent is already working for someone else.

As a recruiter, that means you’ve got to reach out and talk to that many more people, says Claudia Johnson, director of internal recruiting for Addison Group, a professional staffing and search firm. “You’re also up against the challenge of new graduates accepting multiple offers and working one offer against the other. They are in the driver’s seat,” she says. It’s even gotten to the point where candidates are ghosting potential employers now.

To help you navigate this “new” job market, we connected with recruiting experts and examined the mindset of today’s candidate via Monster’s 2019 State of the Candidate Survey, to come up with some best practices for finding quality candidates.

It used to be that recruiters focused on how to attract top talent, but these days, it’s more about going out and getting them. “You can’t expect people to flood your open roles with applications anymore,” says Johnson, which is why you have to be creative with your search. “You’re not going to make it on job boards alone. It’s about fine tuning your searching. I’m using Boolean searches I never would have done before,” she says.

Focus on the candidate’s needs

Today is the exact opposite of 2009 when there were 10 people for every job, says Dave Denaro, vice president of Keystone Associates (a division of Keystone Partners), which offers solutions for individual and group career transitions. “But for a recruiter to say there’s not enough people out there is silly,” he adds. “You have competitors, and they all have people,” he says. The challenge is to convince them that your opportunities are a better choice for them. To do that, you must build a relationship with them first.

Denaro recommends starting with questions about them (rather than focus on your offering). How is your career going? Are you happy where you are? Do you have a career plan? “Start them talking with a personal reach out,” he says.

Rely on your network

Job seekers are always told about the importance of tapping into their network to learn about new opportunities, but it works for recruiters as well, says Denaro. “Good people know good people. If I know 100 people and each one knows 100, I can get to 10K pretty easily,” he says.

Being able to reach out to a prospective hire through someone they trust, like a second-tier connection, can really help your offer to connect stand out.

Appeal to candidates who are stuck

Despite what appears to be an abundance of opportunity, there are a lot of people who feel “stuck” in their jobs. In fact, the Monster survey found that 75% of Americans have had a job where they didn’t feel they were a good fit. What’s more, three-quarters of Americans (77%) also believe there are threats to their current job, such as new management (20%) and a toxic boss or working environment (19%).

So how can you appeal to workers who feel this way? It’s certainly not something that can be found using resume searches alone, says Denaro. “Those systems are great for finding folks that want to move laterally who have done the job. But a lateral move might not be enough to motivate someone to leave,” he says.

The solution is to show some interest in the candidate’s career track, says Denaro. “Start to engage about the motivation most people have to advance and move up, and about the actual work. That [interest] can be attractive even without a large salary offer.”

Which brings up the next piece of advice – higher salaries are nice, but often they are just a temporary solution. While the candidate survey found that 72% of respondents believe job seekers have the upper hand in terms of job options and negotiation power, that doesn’t mean employers have to necessarily dangle huge salary offers to compete, says Johnson. “Candidates are being offered jobs they aren’t necessarily equipped to handle, and we’re going to see the bottom fall out at some point,” she says.

Instead, think big picture rather than just trying to fill seats by flashing dollar signs. “If you’re not putting appropriate people in those chairs at the appropriate price, you’re going to turnover in that role,” says Johnson – and end up right back at square one.

Recruiters are finding it harder than ever to find the right candidates, especially for key roles in healthcare, technology, and manufacturing. The employer solution is often to add new assessments, multi-round interview processes, and other hoops to jump through, all in an effort to weed out poor fits and find candidates who are the right fit. However, complicating things for applicants can have the reverse effect. “When you give a 40-minute test to a senior-level candidate, you’re not sending a signal that you want a quality person,” says Denaro.

That’s because candidates who have their choice of jobs are going to be put off by lengthy applications, online surveys, and talking to avatars that can’t really tell them about the job, adds Denaro. “The process recruiters have been saddled with only cares about cost and time – it doesn’t measure quality,” he explains.

As such, human intervention can go a long way toward establishing a rapport. “First calls can be crucial,” says Kristen Fowler, vice president at JMJ Phillip Group, a recruiting and executive search firm. You can get a good understanding of their needs, which can be anything from wanting to shorten their commute to switching to a smaller company where they can have a wider span of control.

Working with hiring managers to simplify and speed up the hiring process for your most talented prospects is a smart strategy as well, says Johnson. At Addison Group, she says doing just that has garnered some great results. “We consolidated and have a more comprehensive interview process to show that we value the candidate’s time,” she says.

That includes letting candidates sit in with teams or do short job shadows so they have the chance to get to know the people, understand the culture, and get a much clearer picture of the traits Addison is looking for – without having to come in multiple times.

Yes, ghosting is a thing now, and both candidates and employers both do it! In a recent survey by Clutch.com, more than 40% of job seekers said they think it’s reasonable to ghost companies during the interview process – that is, abruptly cutting off communication when they decide not to pursue that role.

“Ten years ago, that would have never happened. But that’s where we are in the market,” says Johnson.

To be fair, job seekers could just be reflecting the behavior that they’ve been subjected to in the past. “Even in this market, I still get candidates who say they never hear back from a company,” says Denaro. “It’s contagious.”

The solution for recruiters is to make more of an effort to keep candidates updated. “You can say, ‘I know it’s been a couple of weeks. Is there anything new with you, or any questions I can answer?’” says Denaro. The worst scenario is waiting so long that when you do get in touch with a prospect, you find out that they took another job, he adds. “It shows that you weren’t communicating when you should have been keeping them warm.”

If your candidate does suddenly drop off during the process, be aggressive, says Fowler. “Continue to reach out on all different platforms until you get ‘no’ for an answer,” she says.

And if you determine that someone isn’t the right fit, don’t leave them hanging, says Johnson. “No one wants to be told no, but it’s learning for both you and the candidate,” she says. “You still want to maintain that relationship because they might be right for a future opportunity.”

Ultimately, it’s not ramping up your mass emailing or investing in superior technology alone that is going to help you thrive in this new job market – it’s about keeping candidates engaged from day one. “You have to get a candidate excited about something new, even if they have 25 other options they’re exploring,” says Johnson. “It’s a full cycle, so make sure you stay in front, keep them up to do date, and coach them through the process to give them the best experience.”