When Will The Labor Shortage End? 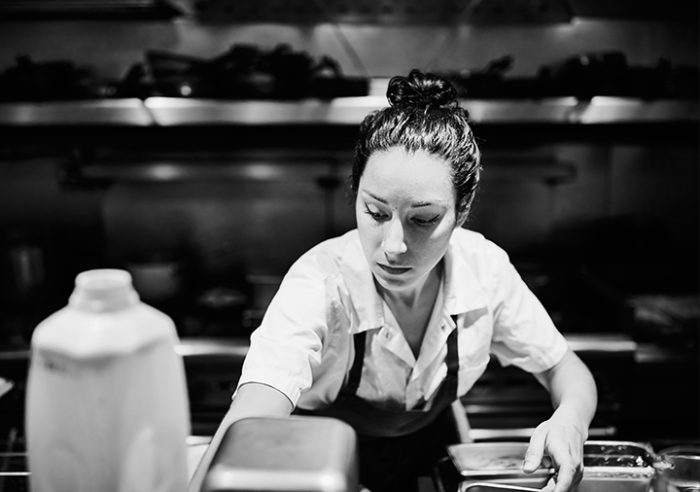 Bars and restaurants are unable to open to full capacity despite restrictions being lifted. Manufacturers are struggling to find specialized and entry-level workers to keep up with high production demand. Overwhelmed builders are turning away projects in a booming housing market. Trucking companies are unable to keep supply chains moving, while ride-hailing services are leaving people stranded on the sidewalk. The labor shortage is becoming a real issue, and it’s affecting businesses in a number of industries. Here’s what employers need to know.

Why is it so hard to find workers right now?

Thanks to widespread vaccine distribution, easing lockdown restrictions and federal stimulus aid, people are beginning to venture out and spend more on goods and services—which easily translates into more jobs. Monster data found that four in 10 employers are feeling a sense of urgency when it comes to hiring right now due to growing business demands, high turnover and the need to stabilize staffing after so much uncertainty. Since last year, the number of job openings in the U.S. have nearly doubled, reaching a record level of 8.1 million in March 2021. And this is only the beginning—according to Monster’s 2021 Future of Work survey, 82% of respondents said they plan to hire sometime this year.

With so many people out of work—9.8 million people, to be exact—it would be easy to assume that there would be an abundance of candidates, rather than a shortage…right? Quite the opposite, actually. Monster data found that about one in four (26%) employers hiring are currently having trouble filling roles. Here’s why some people can’t or won’t go back to work.

Despite more vaccine shots going into arms, it’s important to remember that we are still in the middle of a pandemic. To date, more than 600,000 people in the U.S. have died from COVID-19. With this figure in mind, it’s not surprising that the possibility of contracting or spreading a deadly disease would discourage people from going back to work. Employers told Monster that health and safety concerns from candidates have been one of the top factors impacting their hiring processes over the past couple weeks.

It almost goes without saying that the pandemic has been tough on working parents. With daycare and school schedules still in flux, parents have been left to figure out how to balance childcare and education with their own return back to the office. As antiquated as it may sound, the result is more working parents, primarily working moms, being forced to put a hold on their careers to stay at home and look after the kids.

The skills gap is widening

Another challenge affecting recruiters and hiring managers right now is finding qualified candidates with the skills necessary to get the job done. A third of U.S. employers say the skills gap has increased compared to last year, with 80% of employers having difficulty filling openings due to skills gaps as opposed to a year ago. This is particularly true in the manufacturing industry and other blue-collar jobs where the pool of workers pursuing trades is rapidly shrinking.

Unemployment benefits have never been better

Still, there’s an argument to be made about unemployment benefits. Right now, the federal government is giving unemployed workers an extra $300 per week on top of state benefits. That’s more money than many people would earn in the jobs that are available right now. Whether the extra money from unemployment is disincentivizing people from working or it’s giving them the financial security to be pickier about the job they want and hold out for better pay is a topic that’s currently up for debate.

Of course, no one knows for certain exactly when the worker shortage will end. One estimate by Bank of America economists shows that the labor shortage will fade by early 2022 as stimulus expires and more Americans are vaccinated. But unless employers make some real changes—we’re talking more than just free apps with your job app—then there’s no reason not to believe that the shortage may last even longer. Just look at the workers who have already ditched their former careers to pursue new jobs where they feel more safe and valued. Here are a few ways you can widen your talent pool and attract more candidates right now.

Typically, a tight labor market goes hand-in-hand with wage growth as companies compete for workers. After all, when it comes to jobs, it’s no secret that money talks—even in the midst of a pandemic. Monster’s 2020 State of the Candidate Report found that, compared to two years ago, a growing majority of candidates rank salary as the ultimate deciding factor when considering a job change. And in this case, a job change can even mean a change from collecting unemployment to collecting a paycheck.

As the reality of the worker shortage sets in, we’re already beginning to see wages build. In April, the U.S. Bureau of Labor Statistics reported that average hourly earnings increased to $30.17. Even more recently, Costco raised its minimum wage to $16 an hour and Target and Amazon raised their wages to $15 an hour in an effort to attract more workers.

Employers looking to hire should make a point to look at Gen Z, the youngest generation hitting the job market. Right now, Gen Z represents more than a quarter of the population, and there are already plenty of new grads from the class of 2021 who are ready to roll up their sleeves and get to work.

Don’t know much about this young and trendy generation? If one thing’s for certain it’s that Gen Z wants more than a dead-end job. According to a Monster survey, Gen Z wants to see a career path—78% of new grads want to get a promotion in the first year, while 86% of non-college grads say the same. Word of advice: market your job as one with job training and growth potential (maybe for manager position and a raise).

The answer to your labor shortage problems may be right in front of you, or you know, already on your payroll. As the skills gap widens, investing in learning and development programs for your employees may be the ticket to getting the talent you need.

Cross-training is a great way to maintain productivity and mitigate risk, even when you’re short on staff. Walmart, for example, has already started to cross-train employees as a way to create more flexibility in the workforce and allow for more predictable schedules.

Especially in these tough economic times, it’s never been more important to get the qualified candidates you need quickly and on budget. That’s why we’ve made posting your jobs as easy as possible, and now you can post a job on Monster for free. All you have to do is sign up for a free, 4-day trial for one of our monthly value plans.

As a global leader in connecting people and jobs, Monster will help ensure your free job posting gets more exposure from the right people. We’ll help candidates know whether they’re qualified for the position—and allow you to see their match potential—giving you a better pool of qualified candidates to choose from. In addition, we’ll give you a broad view of each candidate with data-driven profiles and show you things you won’t find on resumes like soft skills, personal interests and more. And let’s not forget: all of this won’t cost you a dime.

So, what are you waiting for? Start finding the candidates you need today on Monster.