Recruiting Lessons from Frank Perdue: Make the Effort to get it Right Frank was always tremendously interested in hiring and personnel. Even when he was in his 80s, this was still a frequent topic of conversation between us. By the way, I had very little to contribute to these conversations, other than being an eager and interested sounding board.

He’d talk about a potential new hire and how much promise the individual had, even if it was someone in his or her 20s. He also would sometimes talk about how good workers seem to run in families, and that if an associate had been raised with a strong work ethic, it often happened that his or her siblings would also be a good fit for Perdue. 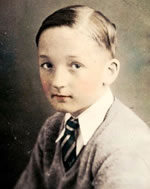 Actually, I’ve seen how this played out in practice because I’ve talked with associates who had as many as five siblings working for Perdue.

Candidate Engagement Starts with Interns
Frank always made a point of entertaining the 50 or so summer interns at our house each year. He enjoyed meeting them and talking with them and my guess is that these events were equally enjoyable for them.

He’d be sitting at one of the middle seats at one of the tables, and the interns at his table would ask him questions about work in general, or the chicken industry, or their future careers. Oftentimes when he’d answer, the people at the table would be silent, leaning towards him to catch every word. He was in his element when surrounded by young people asking him questions. He genuinely enjoyed sharing what he knew. 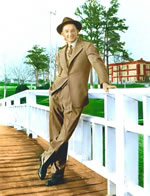 Frank in his Twenties

He’d dispense wisdom, such as, “When you’re in your 20s, don’t be influenced by the size of your paycheck when exploring what job to take. Later on in life you may be married and have children to support, and you’ll never again have the latitude that you have right now to discover what you really like and are good at.”

I was impressed that in his 80s, he was as concerned with recruiting as he had been when I first knew him when he was in his 60s. The fact is, he was helping to recruit people who would be there long after he was gone, and he knew it. Awareness of this didn’t slow him down or dim his enthusiasm.

Finding and Hiring the Future Leaders
Frank cared deeply about human resources, and the person he relied on for heading the HR department while I was there was Rob Heflin. Joining the company in 1977, Heflin got to witness the company’s growth from 3,000 associates to what it is today, 19,000.

Heflin came in contact with Frank a fair amount during his career, partly because his office was located close to Frank’s and partly because, as Heflin put it, “Frank was absolutely avid about insuring we were hiring the best talent available, because they would be the future leaders of Perdue.”

The Importance of Referrals
To get the best talent, Frank used to insist that Heflin and his colleagues check at least ten references for any managerial candidate they were considering. As Heflin delicately put it, “Frank was not fun to be around” if you told him you had a finalist candidate and hadn’t yet done the required amount of reference checking.

Frank talked with me about his reason for wanting ten references. “When a person gives five references, he or she has chosen people who will line up like mynah birds to give the story he or she wants told. Instead, ask the references who else knows the applicant, and then talk with the individuals the applicant hasn’t already coached on what to say.” 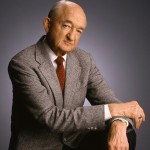 Frank in his Seventies

Frank Perdue’s Recruiting Lesson:
Personnel is critical to the future of a company, and it's work making the effort to get it right
Frank was heavily involved in human resources and particularly in recruitment. He enjoyed recruiting on campuses and went out of his way to spend time with and get to know the summer interns. He also made it a practice to interview ten references before offering a candidate a job and he insisted on the multiplicity of interviews with the idea that you don’t just talk with the people the applicant has already lined up and coached on what to say.

Author Bio
Mitzi Perdue, author of Tough Man, Tender Chicken: Business & Life Lessons from Frank Perdue (Significance Press, 2014), holds a bachelor's degree in government from Harvard University and a master's in public administration from George Washington University. For two decades she was a syndicated columnist, first for Capitol News, writing about food and agriculture, and then for Scripps Howard, writing about the environment.

She has a lifelong interest in business and success, having watched how her father, Ernest Henderson, along with his business partner, Robert Moore, founded and built the Sheraton Hotel chain. She was a commissioner on the U.S. National Commission on Libraries and Information Science and a past president of American AgriWomen, the oldest and largest American farm women's organization. She spent decades growing rice in California, and when Frank and Mitzi met, they decided that chicken and rice go well together.